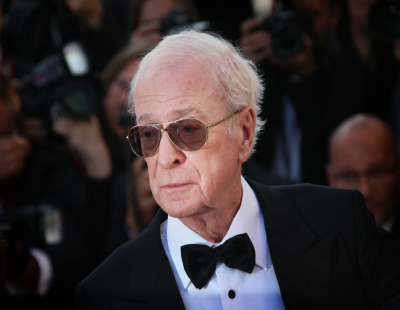 ‘You were only supposed to…not use my picture!’…

A high-profile London estate agency has been reprimanded by iconic Hollywood actor Sir Michael Caine for using his likeness and one of his classic film lines in an agent advertisement, without first getting his permission.

According to an article in the Daily Mail yesterday, The Italian Job, Alfie, Harry Brown and Get Carter star was fuming that Marsh & Parsons – which has 33 offices in the capital and has operated for over 160 years – used his face on a poster in the window of its branch in Kensington, west London.

The words next to it read “Classic 60’s construction with double glazing”. The doors may need to be replaced,” in a clear nod to his iconic line in The Italian Job – and one of the most famous of all movies – “You were only supposed to blow the bloody doors “.

The agency has earned a reputation in recent years for its clever ad campaign, but the Mail reports it once got into trouble with an ad featuring then Prime Minister Theresa May – a again without permission – with the words ‘Semi-detached, awaiting planning permission’ next to it. The advert was later removed.

“Caine’s team was furious after learning that the real estate firm was trying to cash in on their client’s fame,” the paper added, with his Los Angeles agent allegedly sending emails with the words “without his permission” written in all caps and the star seeking legal services. tips.