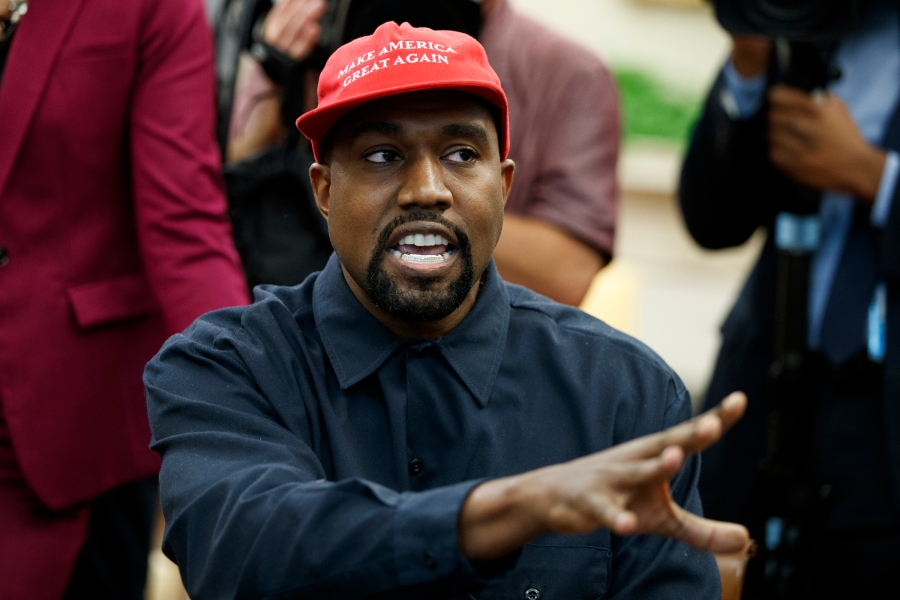 Instagram has again suspended the rapper and fashion designer formerly known as Kanye West from its platform over another post targeting the Jewish community.

NBC News reported Monday that the troubled musician, who legally changed his name to “Ye” last year, posted his Instagram suspension notification to Parler, a social media platform popular among conservatives he announced his intention to acquire earlier this month.

Ye had tried to post on Instagram a text exchange with Russell Simmons, the co-founder of hip-hop label Def Jam Recordings, where Simmons encouraged him to “get out of this fight and strategize” and “rebuild your business.” “.

Def Jam Recordings, a subsidiary of Universal Music Group, previously announced that West and his music label business, GOOD Music, were no longer affiliated with them, ending their partnership with the rapper last year.

A spokesperson for Meta confirmed to NBC News that it deleted Ye’s account from its platform for violating company policies.

Major companies and organizations, including Gap, Adidas, Balenciaga, Foot Locker, CAA and Vogue, recently ended their business partnerships with the “All Falls Down” singer in response to previous anti-Semitic remarks.

Ye, who has apologized for making anti-Semitic remarks, was allowed to return to Instagram just a few days ago, poking fun at the loss of his established partnerships, saying, “I lost 2 billion dollars in a day and I’m still alive. ”

For the latest news, weather, sports and streaming videos, head to The Hill.