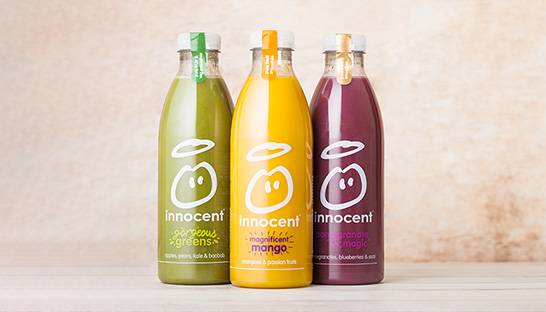 What can we learn about greenwashing?

To some it may seem particularly difficult that Innocent Drinks faced a very public case of what looked like ‘greenwashing’ after the UK’s advertising watchdog banned one of its advertising.

Despite the brand’s wholesome, “warm and fuzzy” heritage and admirable environmental progress – on its website it talks at length about its carbon reduction goals, its soon-to-be-built carbon-neutral factory, and its status. B-Corp – in late February its advertisements were taken down by the Advertising Standards Authority because it suggested exaggerated environmental claims in connection with the purchase of its smoothies.

What can we learn from this? How could Innocent have avoided, and then managed, these negative public relations and should he dissuade brands from shouting about their environmental credentials to avoid a potential public lynching?

James Edney, Director of Business Development at Given, a (digital) marketing and consulting agency for purpose-driven brands, shares his take on the matter.

Is the Coca-Cola association guilty?

Edney: “Innocent was the poster child of British entrepreneurship with a brand that seemed to combine making money and having a heart – whether knitting little bobble beanies to go on its bottles to support Age UK or by launching his innocent foundation to fight hunger around the world.”

“Was the criticism in part due to the brand’s current ownership by the biggest plastic polluter on the planet? Admittedly, the criticism of the canceled ad was about the brand’s role in sustaining single-use plastics. The question is, has the Coca-Cola Association amplified this? It’s hard to disentangle a brand/mother brand dynamic, it depends on what consumers know of each, but I’m sure Innocent suffered a bit more because of their partnership with Coca-Cola and their huge role in the generation of plastic.

“In an ideal world, brands should be treated separately, but I don’t think it’s realistic to expect that once people know there’s a connection. Innocent has a parent brand with strong negative associations, and because of that, they probably should have been more careful.

What are the things Innocent didn’t do, what brands need to do?

Edney: “To some extent, Innocent may have relied on its track record and brand heritage, expecting a certain level of public support for its marketing approach and confidence in its brand image. . But this news has shown that regardless of how consumers have viewed you in the past, you need to give context to environmental (or social impact) claims and expect a higher level of scrutiny than would have may have been the case in the past.

“Engagement is a big part of this, not consulting on every piece of marketing, but ensuring clear and consistent engagement between sustainability and marketing functions. The bolder the claim you make , the more rigorous the internal review needs to be.It’s the balance of great storytelling and compelling marketing with the rigor that underpins sustainability.

Did Innocent manage his accusation of “greenwashing” well?

Edney: “In the ruling, Innocent responded by saying it was a B Corp, that it had committed to be carbon neutral by 2030 and had opened a carbon neutral factory that was working These are all valid points, but Innocent was dodging the main reason its ad was deemed misleading – and it’s around its reliance on single-use plastics.

“Being a B Corp and her other commitments don’t really affect the claims suggested by the ad. Yes, Innocent has a lot of positives, but it would have been better to engage in a dialogue that spoke directly about greenwashing — acknowledging the mistake but pointing out positives elsewhere Innocent’s reputation might offer them a buffer, so I don’t think this storm will cause massive damage to the brand in the long run, but it will have suffered in short term.

“What matters, however, is how they react going forward – is their response just defensive or positive and constructive? How do they plan to address the fact that their business is currently dependent on single-use plastic? »

Should Innocent’s experience put off other brands?

Edney: “The risk of brand greenwashing will only increase as more brands understand the positive link between purpose and profit. But on the other hand, more eyes will be on the lookout – be they NGOs or consumers. This can cause brands to be afraid to go out with environmental messages. »

“But brands should only worry if they’re unsure of the accuracy of the claim they want to make, or if they haven’t properly engaged external stakeholders in their sustainability plans. If brands can confidently back up their claims and have ways to engage the audience they are trying to reach, before they contact the media, there is no reason to be discouraged or feel nervous. .