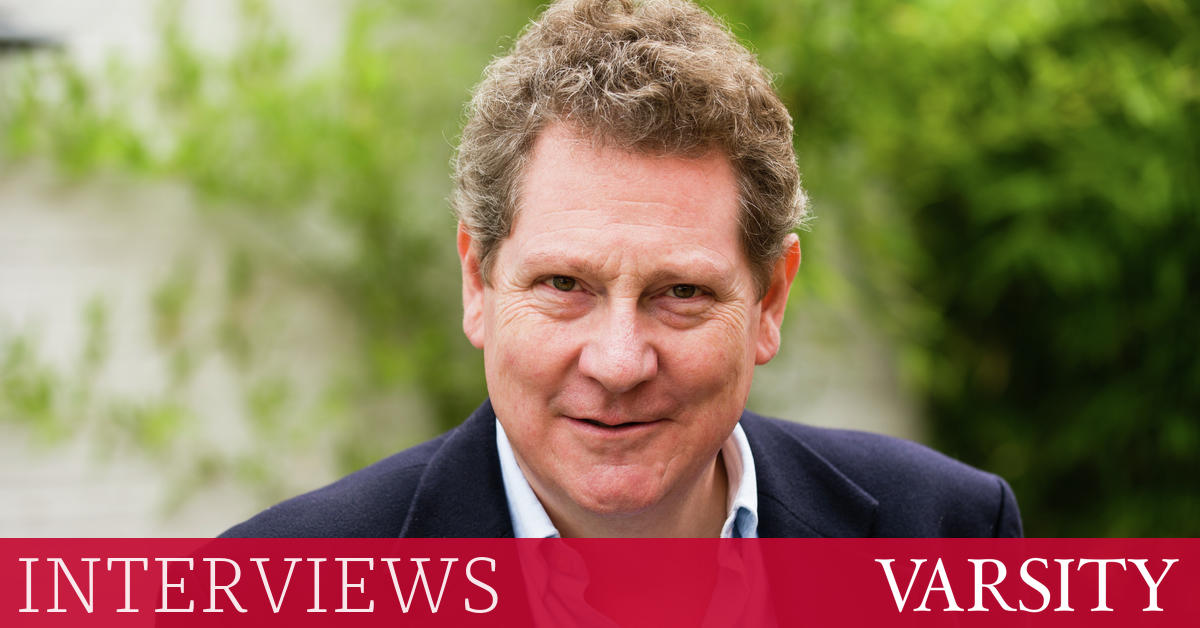 “Meghan Markle has been very damaging. She’s been described as a narcissistic sociopath, and I think that’s a pretty generous description of her.

Andrew Lownie continues to toss out explosive statements like this, a symphony to any student journalist’s ears, throughout our conversation. Twenty minutes later, we’ve covered the Queen’s funeral, Prince Andrew, populism and CUCA. Perhaps Lownie’s history books, especially Stalin’s English and Traitor King, are so popular because they use the same technique: surprise reveals and unexpected opinions. Still, Lownie’s views – ranging from condemning Meghan Markle to defending hecklers arrested at the Queen’s funeral – never quite managed to offend me.

He informs me that he has just returned from a visit to the British Library, where he is researching a biography of Prince Andrew – the first hint that the interview could take controversial turns. “I think actually when people read my book they’ll find that Andrew isn’t quite the cartoon character that’s been portrayed in the press, and one of his problems is that he’s never had his day in court, he’s been badly advised, and he’s not very good at…reputation management, shall we say.Lownie’s euphemistic, ever-courteous speech is ironically reminiscent of this interview from Newsnight. I’m starting to worry that he’s just another defender of old people like Andrew, opposed to change and anxious about newcomers like Meghan. This seems to be confirmed when he argues backwards that Meghan Markle doesn’t was not, in fact, unfairly reported by the press; the press, after all, reports stories and does not create them, I am reminded. I can only hope he bears that in mind .

But Lownie then appears libertarian and almost – dare I say it – “woke up” when he defends the hecklers’ right to protest at the Queen’s funeral. “’I think it’s shocking – it reminds me of what’s going on with Putin,’ he said. “We have a long tradition that people are allowed to protest peacefully in this country, and I think while yelling things might seem inappropriate when he was mourning his mother, I’m afraid it comes with the territory…it’ is terrible- the police should investigate the crime, not pick up sticks and stones in a procession.

Lownie’s honesty and conviction in her beliefs amaze me. After all, most interviews with accomplished scholars are a pain in the ass to avoid controversy and end up being nothing more than advertisements for their latest book. But the historian, he tells me, works outside the establishment. He recently spent thousands struggle the University of Southampton for free access to the Mountbatten Archives – a lawsuit which seemed to have personal significance for Lownie. I was told that dealing with the Orwellian-sounding ‘Knowledge and Management’ department of the Cabinet Office was painful and that ‘people are more prepared than I would like to have their records censored by the government’.

The rights of the individual, honesty in government, and accountability in the face of corruption seem to be the guiding principles of the academic’s moral compass. When asked about his exact political views, Lownie simply replies, “I’m a one-nation conservative.” He laughs, admitting that his political views are now somewhat ‘maverick’ and that he has become more skeptical of authority since his own (unsuccessful) bid for parliament as a Tory candidate in 1992. His career seems took a left turn. from President of the Union to Conservative backbench MP.

Nevertheless, his political ideas were first stirred at Cambridge when Lownie was an undergraduate at Magdalene. “When I was at Cambridge in the early 80s, it was the SDP era and it was very, very strong.” At the mention of CUCA, my ears perk up. “I don’t know how strong it is now, but [CUCA] was one of the biggest companies and it was also very, very strong. The Union had very strong elements of CUCA in it; a lot of people ran CUCA who were also in the Union. Some things, it seems, never change. However, he adds that “I think the Union is less important and less taken seriously now, that’s the impression I have”.

Lownie’s time at Cambridge was filled with writing for University, presiding over the Union and joining odd societies, including the Disraelian Society in which “the person who ran it each year was called the Earl of Beckonsfield” and yellow and green themed parties where food, music and clothing would be entirely – you guessed it – yellow or green. With his penchant for leadership roles, unexpected vision, and hints of a “slightly debauched” past, I can’t help but notice the parallels between Lownie and the antiheroes he talks about. Regardless of his somewhat puzzling political views, a conversation with Andrew Lownie was anything but dry.

We are therefore almost entirely dependent on advertising for funding and expect to have a few difficult months and years ahead.

Despite this situation, we will look for inventive ways to seek to serve our readership with digital content and of course also in print!

Therefore, we ask our readers, if they wish, to donate from as little as £1, to help cover our running costs. Thank you very much, we hope you can help us!