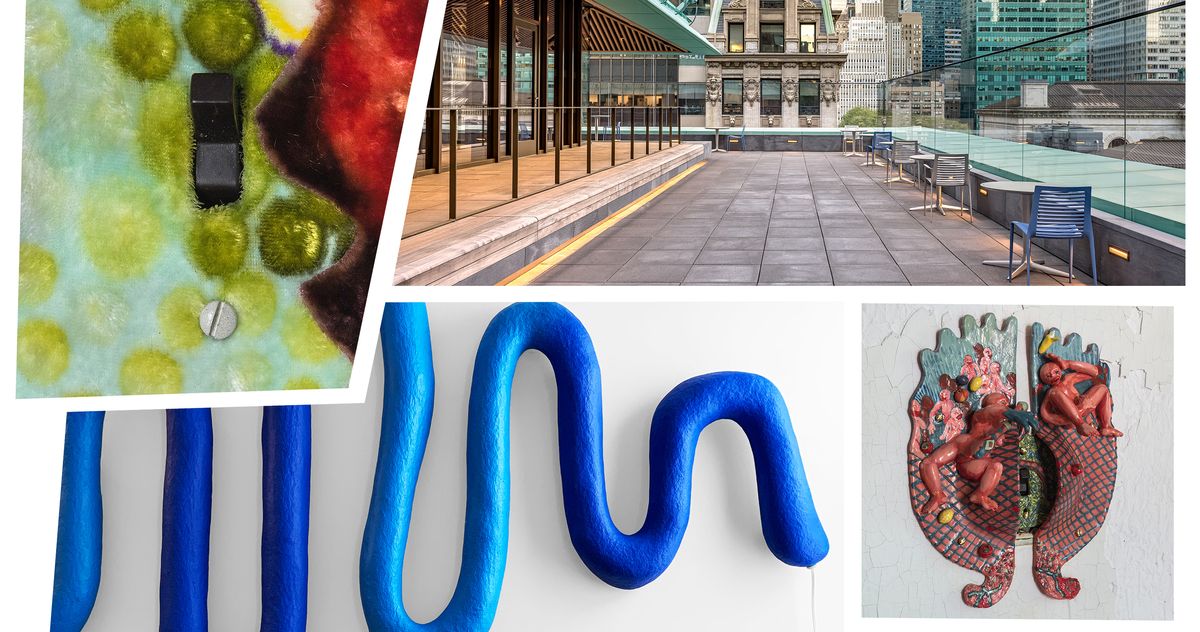 From time to time, I’ll share the objects (and the people who make them) that I’m particularly passionate about, as well as design news and events.

Photo: courtesy of the Brooklyn Museum

The plaza outside the Brooklyn Museum has become a porch for the borough during the pandemic, and over the past year the institution has started offering more outdoor facilities, like “Resist COVID / Take 6! PSA ”on its steps and the works of Kameelah Janan Rasheed on the historic columns of the facade. It has also organized outdoor screenings of artists’ films from the collection. “We really see the space as an extension of our galleries in a lot of ways,” says Taylor Maatman, director of public relations for the museum. The latest is that of Nick Cave The truth must be told, a work of art composed of large capital letters, which he made after the murder of George Floyd. Originally released in September 2020, the article deals with disinformation about the Trump presidency. The sentence is also open-ended, intended to prompt questions about personal interpretations of truth and integrity. It ruffled feathers when it was installed on the facade of a school-turned-gallery in Kinderhook, New York, last year. It will surely be more appreciated in this latest iteration. Until March 22, 2022.

Colonels Row homes on Governors Island were originally built in the 1870s for officers and their families, but have not been inhabited since the 1990s, when the Coast Guard left the island. Recently, the Governors Island Trust used the spaces for arts and culture programs, such as the New Art Dealers Alliance’s annual art fair, dubbed NADA House. This exhibition – featuring emerging curators, artists and galleries – is now in its third edition and is one of the few opportunities to see inside homes. It is a different (and more exciting) experience to see works of art in these environments than in galleries with white walls. One of the more irreverent installations is curator Jeffrey Tranchell’s “Turn Onz,” a series of 34 switch covers that are scattered around homes. Some are hidden in closets and some in back stairwells, so it’s like a game of hide and seek to find them. Until August 1st.

Photo: VSOP Projects and the artist

“I thought about the undulating paths and how they give way to illuminating explorations, like a plant growing in a weird way to find the sun,” explains artist Ryan Patrick Martin. For the past year or so, he’s riffed on this shape in a bright yellow spiral table lamp, a zigzag lamp, and a floor lamp that looks like a giant rod sticking out of a pot. One of her recent pieces – an International Klein Blue slippery wall piece made from pulp – is on display at VSOP Projects in Greenport until July 25.

During the pandemic, sculptor Ashwini Bhat began to explore the sense of touch (something many of us missed last year) in her ceramics. Inspired by the feel of natural objects she found on hikes near her Northern California studio – smooth river stones, jagged rocks, bumpy pine cones and spiky seed pods – she created a series of ceramic comfort objects. They are meant to be held and touched and in doing so, to soothe you. Bhat, who was a dancer before a sculptor, also filmed a video of her pressing, kneading and modeling clay into these comfort items; it’s incredibly calming to watch these movements and see how they create the finished pieces. Bhat’s work is currently on view at Lucy Lacoste through June 5 in the aptly named “What I Touch Touches Me” exhibit and in “Objects: USA 2020” at R & Company through July.

Beyer Blinder Belle and Mecanoo recently completed a $ 200 million renovation of the Mid-Manhattan branch of the New York Public Library, now known as the Stavros Niarchos Foundation Library. Part of the project includes Manhattan’s only free and publicly accessible rooftop terrace, which is open from June 1. Libraries offer some of the largest public spaces in the city, and it’s wonderful to see how NYPL fully embraces this mandate by opening the roof, which was once occupied by mechanical systems. The terrace is furnished with tables and chairs (and hopefully a few plants in the near future). I can’t wait to see up close the new sculptural mint green “wizard’s hat” that crowns the building and conceals all the machinery.