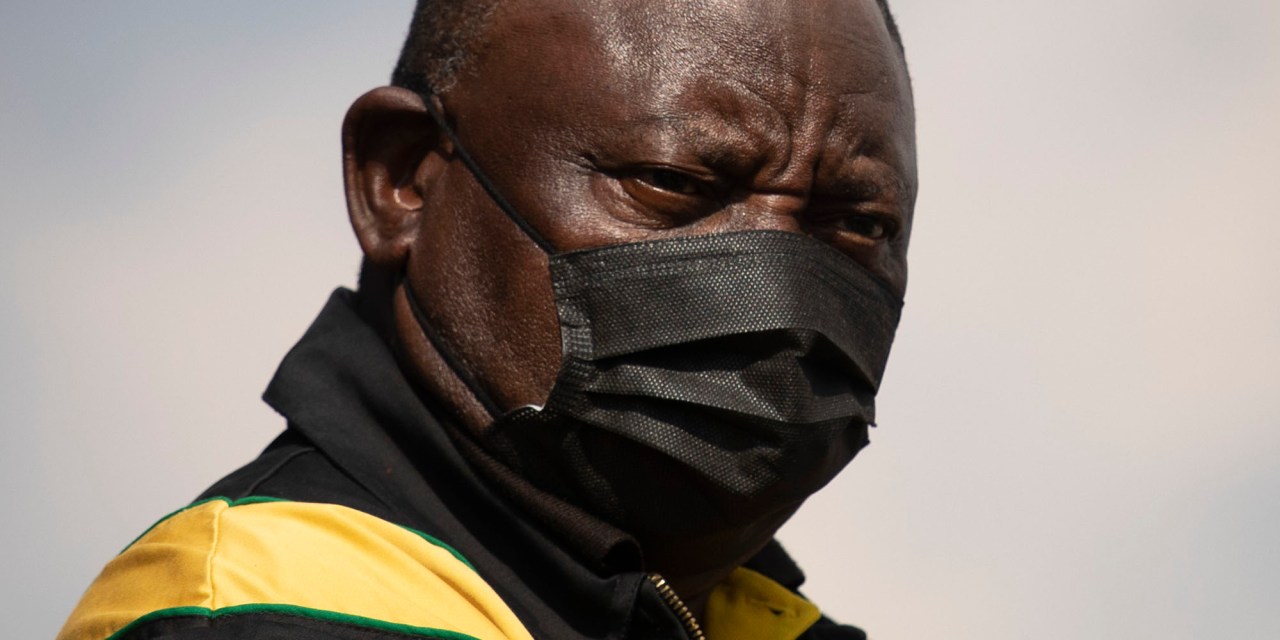 South Africa could break some of its political fever, al…

A series of developments within South African politics and our society may indicate that in some ways, perhaps counterintuitively, the political temperature is about to drop.

This is not to suggest that there will be no more surprises and shocks, which you can bet your house on, but simply to suggest that the scope of political controversies is shrinking to a smaller space than it hasn’t been for some time.

Indeed, some processes that have typically fueled controversy are now over and due to developments within the ANC – all of which could lead to a quieter December than expected.

It may be important to point out that this is not a prediction, but simply a scenario that carries a higher degree of confidence than some of the truly doomsday scenarios. And yet, it is important to dig deeper because it allows us to properly investigate the events that divide our society and why.

Although there are many categories into which events can be classified, it is sometimes possible to classify them into two very broad categories: those that can be predicted; and those who cannot.

For example, it is possible to predict that an election for the leadership of the ANC, or an interview for a new chief justice, will raise the political temperature. But it’s not always possible to predict an outbreak of violence, gigantic or not, as happened in KwaZulu-Natal and Gauteng in July 2021, or just last week in Diesploot.

At the same time, it is also possible to isolate certain sources of conflict.

Infighting within the ANC has been the cause of South Africa’s instability since 2009 – even greater violence lies ahead, study finds

Some people usually create more conflict whatever they say or do. It is now impossible to deny that EFF leader Julius Malema or former President Jacob Zuma often seek to provoke violent divisions in our society. (There are, of course, many other examples involving lesser political leaders.)

Examining some of the causes of past conflicts helps us understand what might happen in the near future.

Thus, it now appears that some of the major divisive processes have now come to an end, which could reduce the scope for political conflict in the future:

These are all processes or states that can divide, but they are now over.

Within the ANC, the temperature may also be cooler than some would have predicted at this stage of a leadership election year.

The defining feature of the two provincial elections held so far – Northern Cape and Mpumalanga – was that their new leaders immediately showed support for a second term for President Cyril Ramaphosa.

The ink on the January 8 statement from the ANC was not even dry when the Limpopo leadership broke protocol to make the same statement of support from the stage.

It is not unlikely that some of the other provincial leaders, since they are elected throughout the year, will follow suit. Gauteng, for example, may have more incentive than other provinces to do so – it received just 36% of the votes cast in last year’s local elections.

In party structures, Gwen ramokgopa now seems to have some kind of formal influence on the functioning of the office of the Secretary General. Ace Magashule, still general secretary-elect, appears to have been relegated to making statements and occupying hotel rooms near ANC conferences.

Cosatu and the SACP publicly support Ramaphosa; the ANC Youth League has yet to hold a conference, and the ANC Women’s League (also slated for a conference this year) appears to be an almost exhausted political force, with its leader garnering two convictions for dishonesty.

In short, the current public impression is that Ramaphosa’s enemies are in complete disarray – either fending off attempts to eliminate them through the “step aside” rule or facing serious trouble themselves. themselves (and not only before the courts, often before the court of public opinion. Malusi Gigaba, for example, can he still claim to be a serious political figure?).

The calm before the storm

There may still be developments that can change these specific power equations, but Ramaphosa’s current perceived position is so dominant that even before the eThekwini region of the ANC election, Zandile Gumede had to say publicly that she would “retire” if she won.

This may well be the most important catalyst to lower the political temperature for the rest of the year.

But there are also other factors.

Malema, for example, showed no signs of changing the political dial. His march last week against Johann Rupert is perhaps proof that he has few options left and that he is fighting to mobilize his supporters. Certainly, it seems to attract less attention than in the past.

Of course, there are still formal developments to come that could fuel the division.

The Electoral Commission needs a new chairman, Ramaphosa may now want to reshuffle his cabinet after Ayanda Dlodlo leaves the World Bank – and there will be others.

But in terms of formal space, there may now be more limited room for political tension than there has been, perhaps at any time since 2017.

The next tension, which we will inevitably see in the near future, will come from unexpected events that are more difficult to predict.

For example, the fact that there was xenophobic violence in Diesploot last week could spread to other parts of the country. The next development around a plethora of issues facing Zuma, legal and otherwise, could easily spark more violence. A row or division within our justice system could arise over the removal of Presiding Judge John Hlophe. The drama of the dismissal of Public Protector Busisiwe Mkhwebane could also erupt in some sections of our divided society.

Or perhaps a misguided advertising campaign or sporting event, as did the outcry over cricketer Quinton de Kock’s refusal to ‘take the knee’.

And, of course, it is always possible for something unexpected to happen within the ranks of the ANC, which has been the source of so much of our discord lately.

We must also not forget that if we enter a period of “relative calm”, the keyword remains “relative”. South Africa is unlikely to return to the pre-2010 period for many years.

The core dynamics of our society, rising levels of poverty, racialized inequality, and the rise of identity politics (among many others) make this unlikely for many, many years.

South Africa has this in common with other democracies, such as the United States or the United Kingdom. The divisions in these places are such that they are unlikely to revert to what might be called “pre-Trump” or “pre-Brexit” times for long.

Our divisions based on class, race, inequality, language and ethnicity are surely sharper than theirs, which means our politics will continue to experience shocks.

It’s also important to note that any period of “relative calm” is likely to be short-lived. Certainly, this cannot last beyond the start of the campaign for the 2024 elections, probably by July next year.

This may, in fact, be a very important point.

For while Ramaphosa will win a second term as ANC leader and face less opposition than at any time since 2017, he has only a limited time to implement its program. After that, the 2024 election will derail that, perhaps permanently.

Obviously it is foolish to make predictions in our politics, especially to say that tensions might ease, but our society would certainly appreciate a drop in temperature once in a while. Feeling doomed to a state of ever-rising political temperatures is not a good place to be. We all have to find a way out of this almost permanent state of discord. DM