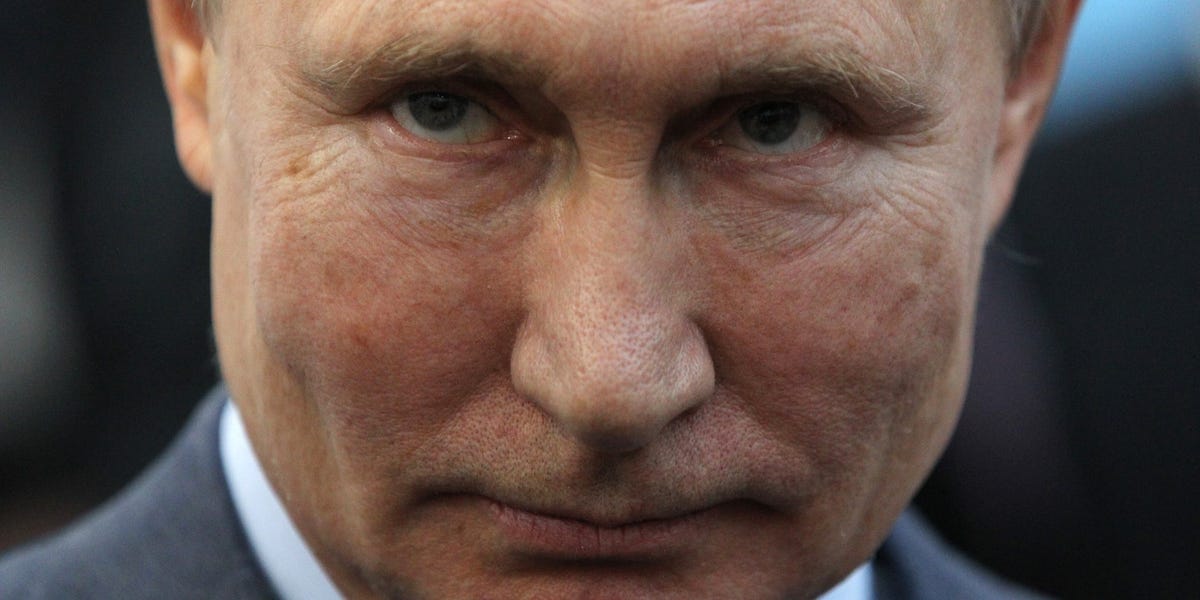 
In May, a mysterious marketing agency contacted French influencer Léo Grasset and made a strange request.

The agency told Grasset, a popular science blogger, that it would pay him a “colossal” sum of money if he publicly questioned the effectiveness of Pfizer’s coronavirus vaccine.

The Fazze agency asked Grasset to post videos on his social media that incorrectly suggested that the western-made vaccine caused more than 1,000 deaths. The deal required Grasset not to reveal any sponsorship for the publications and not ask who the client was requesting from.

The Wall Street Journal reported later that Fazze – who contacted at least two other influencers – had ties to Russia. French counterintelligence authorities believe the campaign may have had Russian involvement, according to the report.

Although allegations of links to Moscow have yet to be proven, there is a distinctly Russian pattern in attempting to use disinformation to sow division and doubt among people living in Western democracies, which dates back to centuries. decades.

Russia’s use of disinformation for such purposes dates back to the Soviet era. In the 1970s, the KGB carried out a disinformation campaign crash the idea that the United States invented HIV / AIDS in a laboratory as a biological weapon.

Since the 1970s, it has continued to spread disinformation in the West, sowing division and doubt among its populations and undermining faith in democracy.

The major element that has changed since the 1980s is the arrival of a new weapon in Russia’s arsenal of disinformation: social media.

“The big difference is that over the past 10 to 15 years, [Russia’s disinformation efforts] have bled into mainstream life – politics, the news, the media, especially social media, ”said Christopher Steele – the author of the infamous Trump dossier – in a rare interview in November on the Infotagion podcast.

The scale of Moscow’s disinformation efforts via social media is remarkable. A A Facebook report published last week found that Russia remains the biggest peddler of disinformation in the world. He was not only responsible for large-scale efforts during the election of Donald Trump in 2016 and during the British referendum campaign on Brexit. Facebook mentionned that Russia had carried out disinformation campaigns in more than 50 countries since 2017.

The report says Russian military intelligence would create increasingly sophisticated fake profile networks that run across multiple social media networks and blogging platforms in an attempt to avoid detection, peddling disinformation on topics such as war by proxy from Russia with eastern Ukraine, Facebook said.

“It has become a much more comprehensive approach to try to achieve your political and socio-economic goals”, Steele said.

In a typical case, Russian military intelligence created fake profiles that operated on blogs and multiple social media platforms to target Ukraine and neighboring countries. Some accounts masqueraded as citizen journalists and attempted to contact officials and other public figures, and others posted blogs picked up by other journalists, Facebook said.

The objectives of these disinformation campaigns are not clearly defined. But they largely represent attempts to undermine people’s faith in democracy and create partisanship and division, Steele said.

“The other thing I think it’s designed to do in its modern form is to create great polarity, great partisanship and division.”

Disinformation isn’t the only decades-old Russian tactic gaining traction in the West in the age of social media.

The rise of the “Black PR”

So called “Dark PR” or “RP black“- is broadly defined as the practice of ruining reputations through dishonest public relations tactics, court battles and other very shady tactics. opponents’ reputations.

However, the Kremlin, other public entities and Russian oligarchs with state ties are now increasingly using these tactics in the West and using the power of social media to spread them more than ever before, according to a report by Dr Andrew Foxall for the Henry Jackson Society.

An example is the Bitkov family, who owned the very successful North-West Timber Company in St. Petersburg. Igor Bitkov, who founded the company, made an enemy of Putin and was forced to flee the country with his wife and daughter after Russian state banks called the loans they had made to his company.

They sought refuge in Guatemala, but there was an intense and vitriolic campaign on social media in Spanish against the family. “They’ve been charged with all kinds of crimes – in that sense, it was a more typical disinformation campaign,” McGlynn said.

Whether the element of social media in Russia’s disinformation efforts is actually effective is another question. When it comes to Russia’s black public relations efforts, accompanying efforts to prosecute individuals through justice systems appear to have been most effective.

The Bitkovs, for example, were arrested and jailed in Guatemala in 2018, more than a decade after fleeing Russia, the what they said were trumped-up charges after a decade of persecution by Russia – who had seen their kidnapped daughter. As Igor’s conviction overturned, Guatemalan appeals court upheld 14-year sentences against his wife and daughter only last year.

In the case of Russia’s more general disinformation campaigns, the effectiveness of its social media efforts has also been called into question, along with similar disinformation attempts supported by the Iranian government.

“Despite their relatively sophisticated character, these two operations reveal one of the fundamental challenges of” retail ” [targeted] OI [information operations] – without luck, they are not going anywhere “, report said last week. Russia’s disinformation effort in Ukraine, the company said, has received “no significant attraction or attention.”