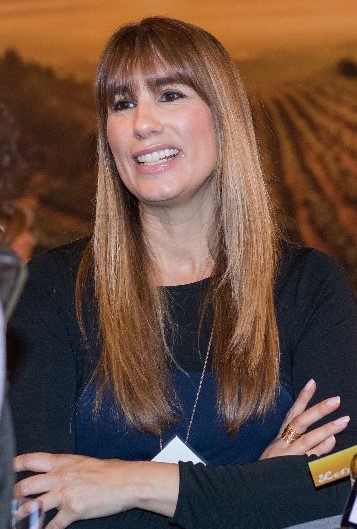 
Christina Glynn, Director of Communications for Visit Santa Cruz County, was named one of the recipients of the Women of Influence Award by the Silicon Valley Business Journal. The award honors 100 women leaders and innovators, their contributions to their respective industries and their overall impact on Silicon Valley businesses.

Glynn has worked closely with business media over the past year to raise awareness of Visit Santa Cruz County’s LBGTQ + initiative in January 2020 and the latest Visitor Sentiment Survey that was presented to the media and to local and regional stakeholders in March.

Glynn joined the Visit Santa Cruz County staff in 2004. Previously, she worked in corporate communications for the YMCA of Silicon Valley and in consumer public relations for the California Strawberry Commission in Watsonville. She began her career after college at CBS Television Network in Los Angeles.

Glynn received a Bachelor of Arts in Journalism with a concentration in Public Relations from Cal State Long Beach.

Two Santa Cruz County residents graduated in the May 24 beginning exercises at Muhlenberg College in Allentown, Pa. The event took place at the PPL Center, an arena chosen for its ability to accommodate 6 feet of social distancing between graduates.

• Alicia Houser graduated with a Bachelor of Arts in Dance. Houser is a resident of Aptos.

The Rotary Capitola-Aptos Club has announced six recipients of its annual $ 1,000 scholarships for local high school students related to college.

The fellows were chosen from among many applicants by the club’s scholarship committee. The winners were chosen based on academic records, community service performance, and recommendations from teachers and administrators. The awards were presented to the recipients during high school graduation ceremonies.

The Rotary Club of Santa Cruz board of directors has awarded $ 5,500 in grants to four nonprofit organizations in the region through its Charitable and Grants Committee. Grant amounts funded ranged from $ 1,000 to $ 2,000.

• The BirchBark Foundation creates a safety net and provides veterinary services to struggling families who cannot afford essential veterinary care for their pets.

• Vista Center empowers people who are blind or visually impaired to embrace life to the fullest through assessment, counseling, education and training.

The Charitable and Grants Committee awards grants quarterly throughout the year. Local non-profit organizations are encouraged to apply. For more details, visit bit.ly/SCRotary_Grants.

Do you have a story to tell, an event to report, a price to announce? Say the name while dropping. Email [email protected] The Name Drop is posted on Sundays and Mondays in the Sentinel.