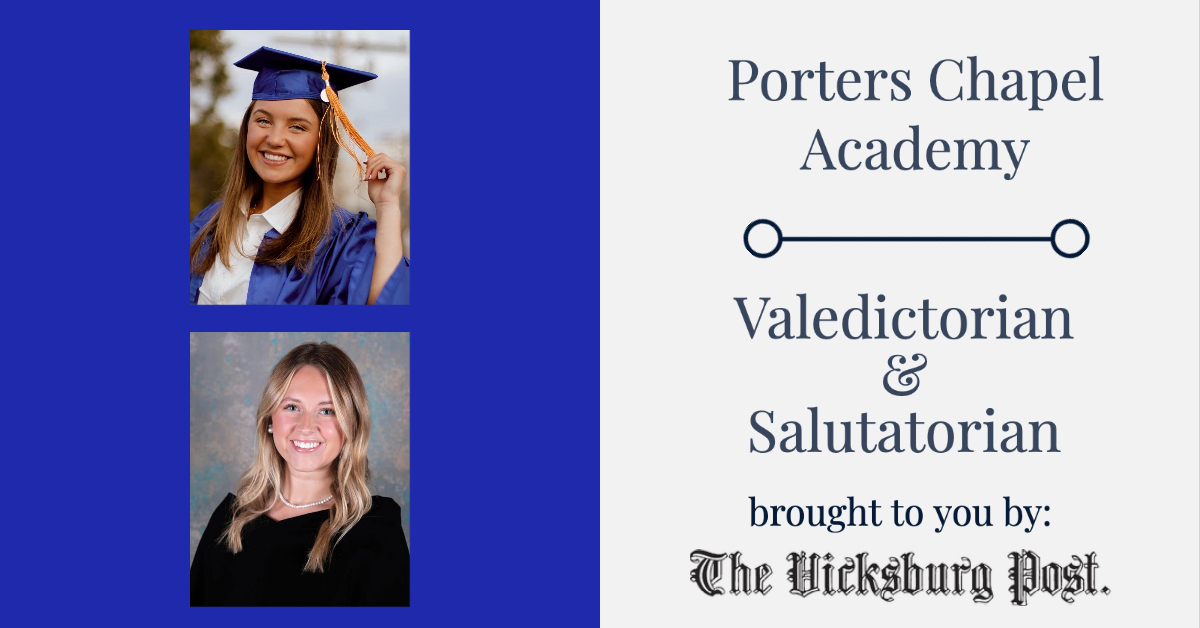 Masterson, who is the daughter of Dr. Calvin and Dana Masterson, said she was thrilled when she learned she had been named valedictorian for the APC Class of 2022.

“The feeling was pure joy,” Masterson said. “It’s something I worked so hard for, and it finally paid off.”

Masterson said his priority has always been to be at the top of his class, and his family and faculty at PCA help him achieve that goal.

“I would like to thank my parents and siblings for pushing me to always do well. I would also like to thank Mr. Williams, Ms. McClain, Mr. Crabtree, Ms. Baker and Ms. Warren. They always wanted the best for me and they always believed in me,” she said.

Masterson graduated with a 4.5 GPA and received a Red Carpet Bowl Scholarship and Merit Scholarship from the University of Louisiana-Monroe.

Masterson is expected to attend the University of Louisiana-Monroe and major in pre-nursing with the intention of becoming a nurse practitioner.

During her farewell speech, Masterson said, she will remind her class that God is always present in their lives.

“And I will remind them to pursue Christ in whatever they plan to do after high school,” she said.

Macey Leanne Bufkin is the daughter of Mickey and Mary Bufkin.

Upon learning that she had been named the salutatorian of her promotion, she said she was “excited”.

“My goal was to do the best I could,” she said. “It was a tight competition for the salutatorian.”

Bufkin credited her mother as being her biggest supporter.

“My mom helped me a lot to achieve my goals,” she said.

Bufkin, who earned a 4.41 GPA, said she plans to attend Hinds Community College and study nursing. She received two HCC scholarships – one for having a GPA of 4.0 or higher and the other for being named a Salutatorian.

While a PCA student, Bufkin was a member of Phi Theta Kappa, National Honor Society, Mu Alpha Theta, Key Club, and Fellowship of Christian Athletes. She served on student council, was a cheerleader, and was a member of the softball, track, and basketball teams. Bufkin was named a 2022 Delta Honor graduate and awarded the PCA’s 2022 Scholar-Athlete of the Year.

During her greeting speech, she said, she plans to tell her classmates, “We faced many challenges, but we made it through.”

Porter’s Chapel Academy will hold its graduation ceremony on Saturday, May 21 at 3 p.m. at First Baptist Church in Vicksburg.

Terri Frazier was born in Cleveland. Soon after, the family moved to Vicksburg. She is a part-time reporter for the Vicksburg Post and editor of Vicksburg Living Magazine, which was awarded first place by the Mississippi Press Association. She was also the recipient of a first place award in the editorial division of the MPA’s Better Newspaper Contest for “Best Feature Article”.

Terri is a graduate of Warren Central High School and Mississippi State University where she earned a bachelor’s degree in communications with a major in public relations.

Before coming to work at the Post just over 10 years ago, she freelanced at the Jackson Free Press. But for most of her life, she enjoyed being a full-time stay-at-home mom.

Terri is a member of Crawford Street United Methodist Church. She is a life member of the Vicksburg Junior Auxiliary and was a member of the Sampler Antique Club and the Town and Country Garden Club. She is married to Dr. Walter Frazier.

“Whether it’s staying informed about local government issues or hearing the stories of local residents, a local newspaper is vital to a community. I have felt privileged to be part of a dedicated team at the Post throughout my tenure and hope that with theirs and with local support, I can continue to grow and hone my skills while helping to share the stories in Vicksburg. When people ask me what I love most about my job, my answer is always “the people”.