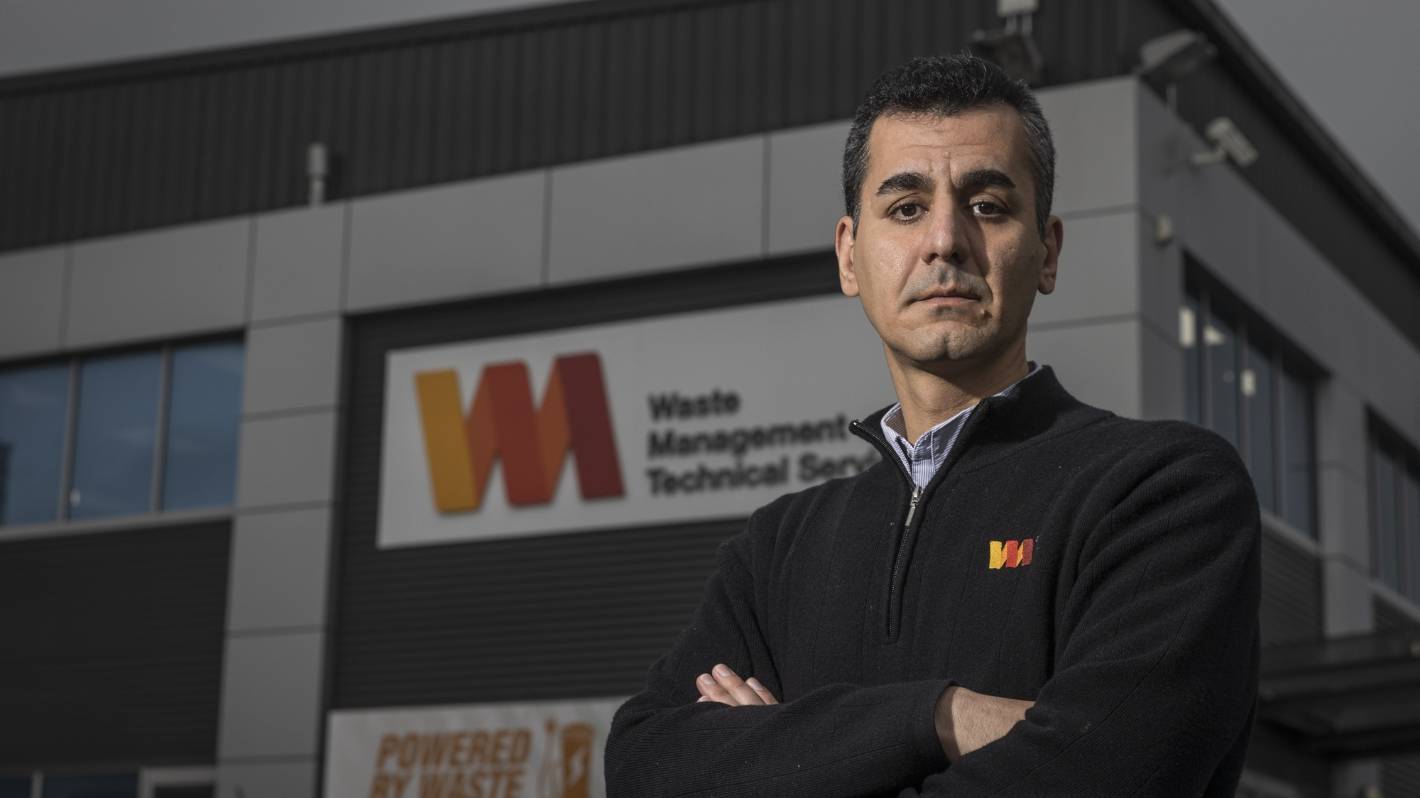 Hooman Javaheri wants to become a permanent resident and finally buy a house. But someone in government suspects that he might have plans to build weapons of mass destruction (WMD).

Javaheri left Iran for New Zealand in 2017, after obtaining a scholarship to study for a PhD in chemical engineering. He says he is a calm man, who drops his 3-year-old son off at preschool in the morning, goes to work and watches TV in the evening.

He won an innovation award for his work, Waste Management, for creating a hand sanitizer and sanitizer offering during the Covid-19 lockdown.

Yet Javaheri’s residency application has been delayed for three years due to a suspicion that he could “contribute to the development of weapons of mass destruction” in Iran.

A mysterious “third party” is reportedly delaying its request – suspected by Javaheri and his lawyer of being the Security Intelligence Service (SIS).

“I studied chemical engineering and my masters was focused on air quality… I’m not here to make a bomb,” Javaheri said.

The suspicion has persisted for years. When Javaheri applied for a second student visa in December 2017, Immigration New Zealand sent him a letter almost a year later, saying he could pose a risk to New Zealand’s “international reputation”.

The letter, which Things saw, said his previous job, research and education in New Zealand meant he could help Iran build weapons of mass destruction.

“We all laughed at that, me and the supervisors, saying, ‘How is that possible? “” said Javaheri.

At the time, he was working on a project that was basically to create a more sustainable toilet by using a hydrothermal process – a chemical reaction – to break down the waste.

With his visa situation uncertain and a child on the way, Javaheri was panicking and looking for work. He thought it would make his visa application easier.

He applied for residency as a skilled migrant in September 2018 and in the meantime obtained a work visa in 2019 to work at Waste Management. He has since been promoted to chemistry specialist with health and safety responsibilities within the company.

Javaheri’s attorney, Alastair McClymont, said Immigration NZ informed him that a “third party” had delayed the application and the matter was out of their control.

“I suspect that they depend on the SIS, which then depends on some of their colleagues abroad, who will prioritize this to the extreme extreme of the emergency.

“When you examine Hooman’s personal situation, you realize the absurdity of the suggestion that his skills can be used for missiles or nuclear weapons.”

McClymont said Javaheri’s case resembled that of Ahmed Zaoui, an Algerian who sought asylum in New Zealand in 2002, but was denied due to SIS objections on security grounds. After years of legal battles he was granted residency.

“If he wasn’t Iranian, that wouldn’t be a problem,” he said.

“No one should be left in limbo in such a stressful situation in New Zealand, when they would otherwise have the right to have their status confirmed (…) on the basis of unjust interference by SIS, based on world politics, ”she said. .

Ghahraman wrote to Intelligence Minister Andrew Little about Javaheri’s case in April, asking him to consider any SIS intervention.

Little said he could not say if he had been informed of anyone, nor confirm an SIS investigation. However, he was aware of certain details of Javaheri’s case due to Ghahraman’s letter.

“This [is] an immigration case. And that seems to me to be a case where he can’t get a ruling, in which case the question for him is whether he goes to the mediator. If he’s trying to find out what happens to his immigration application, that’s what he should do.

“If people are concerned about what they think one of the agencies has done, they can go to the Inspector General of Intelligence and Security.”

Immigration NZ has confirmed that Javaheri’s residency application was transferred in 2018 to an internal “specialized assessment team” that reviews applications that present “potential risks to New Zealand’s international reputation.”

That team had now completed their assessment, a spokesperson said in a written statement. His request had been returned to the usual process – although no decision was made.

“We accept that this request has taken a long time to process and recognize how frustrating it has been.”

A spokesperson for SIS, in a written statement, said the agency would not discuss any specific person, but provided information to Immigration NZ about who applied for a visa.

“We would like to be clear that the involvement of NZSIS in providing this information to Immigration New Zealand, and the assessments themselves, are not influenced by foreign government policy,” the spokesperson said. .

This Week in DeFi – September 24

Find your dream job in marketing at MarineMax!