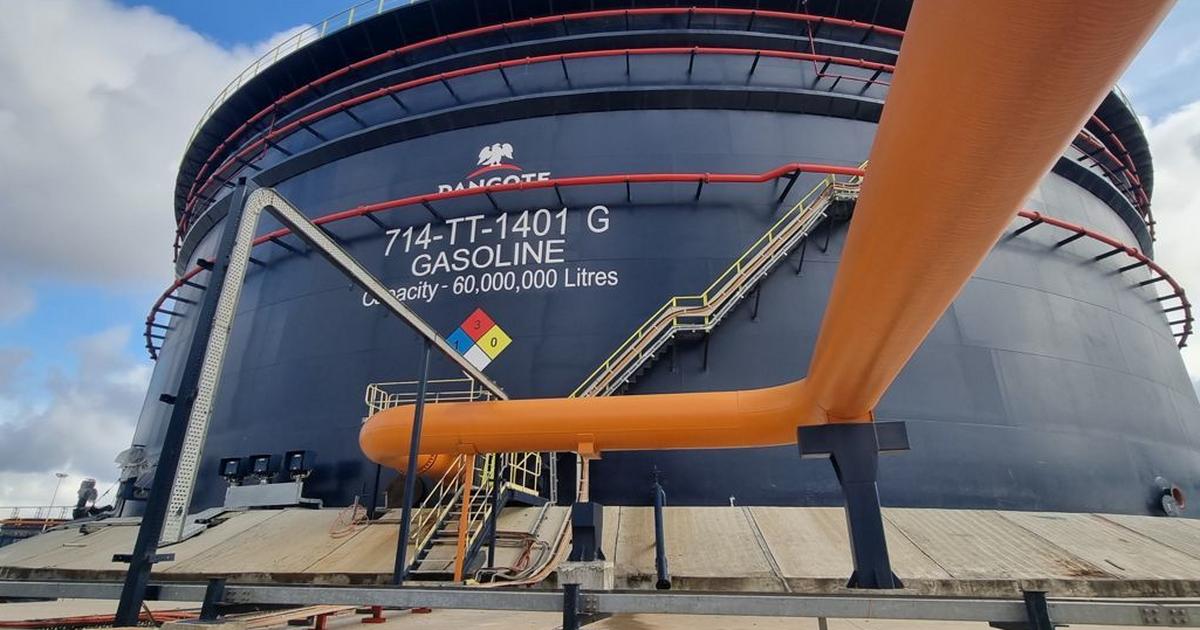 The Organization of the Petroleum Exporting Countries (OPEC), which made the disclosure in its recently released World Oil Outlook 2021, said Africa’s medium-term outlook looks more optimistic at 1.2 million barrels per day. (mb / d) of new capacity expected. by 2026; half of which relates to the 650,000 bpd Dangote oil refinery project in Nigeria, which is expected to come on stream in 2022.

The oil cartel has identified these projects, which are mainly located in Nigeria, Angola and Ghana, to include a number of prefabricated modular facilities.

“Once commissioned, these projects will help reduce product imports to Nigeria and West Africa and, in turn, increase the use of local crude. In North Africa, refining capacity expansions are likely in Algeria and Egypt. It said.

Similar to the previous outlook, OPEC said refinery additions are concentrated in developing regions, such as Asia-Pacific, the Middle East and Africa.

OPEC added that the total medium-term capacity additions of 6.9 mb / d is made up of projects at different stages of development.

“About 3.5 mb / d of capacity is under construction or close to this stage; these are therefore the projects with the greatest certainty of materializing in the medium term. development, but still sufficiently advanced in terms of financing and engineering to be considered as “firm” additions in the medium term “, said the world organization.

“The medium-term outlook contains several large projects, many of which also have petrochemical integration. These developments are in line with the expected growth in demand for oil,” he added.

Speaking on investments in refinery projects, OPEC estimates the total global required investments estimated at 1.5 trillion dollars for the period 2021-2045.

He noted that these include investments of nearly $ 450 billion in new refinery projects and expansions of existing units located primarily in developing countries, including the Middle East, Asia-Pacific, Asia and the Pacific. Africa and Latin America.

OPEC said, “The investments required in the middle sector are estimated at around $ 1.1 billion over the same time horizon and are attributed to the expansion of refining, storage and pipeline infrastructure, mainly in developing regions, but also in major oil-exporting regions (eg, the United States and Canada and Russia and Caspian).

“So, on a global scale, long-term oil-related investment needs are estimated at $ 11.8 trillion.

“Long-term capacity additions (2021-2045) are expected at 14 mb / d, mainly in developing countries. However, the baseline scenario predicts a significant slowdown in the rate of additions. Africa and other Asia-Pacific regions are the regions where additional capacity is expected, even after 2030. ”

The report said, “The African continent is home to an abundance of energy resources, including about 10% of the world’s oil reserves; however, it still struggles to harness these precious resources to meet its energy demand.

“This, in turn, hinders efforts to provide affordable and reliable energy needed for economic growth and development.

“Africa has yet to unlock its enormous potential in the energy sector, although its population growth and ever increasing economic prospects require more energy.

“This disadvantage is mainly due to regional uncertainties, as well as government policies and regulatory frameworks guiding the energy sector, and more recently, the efficiencies required to reduce CO2 emissions in exploration and production activities. .

“These challenges have made it increasingly difficult to secure much needed E&P funding from foreign investors.

The report noted that the impacts of the COVID-19 pandemic had also been a major setback, especially for countries heavily dependent on fossil fuel revenues for their economic growth and development.