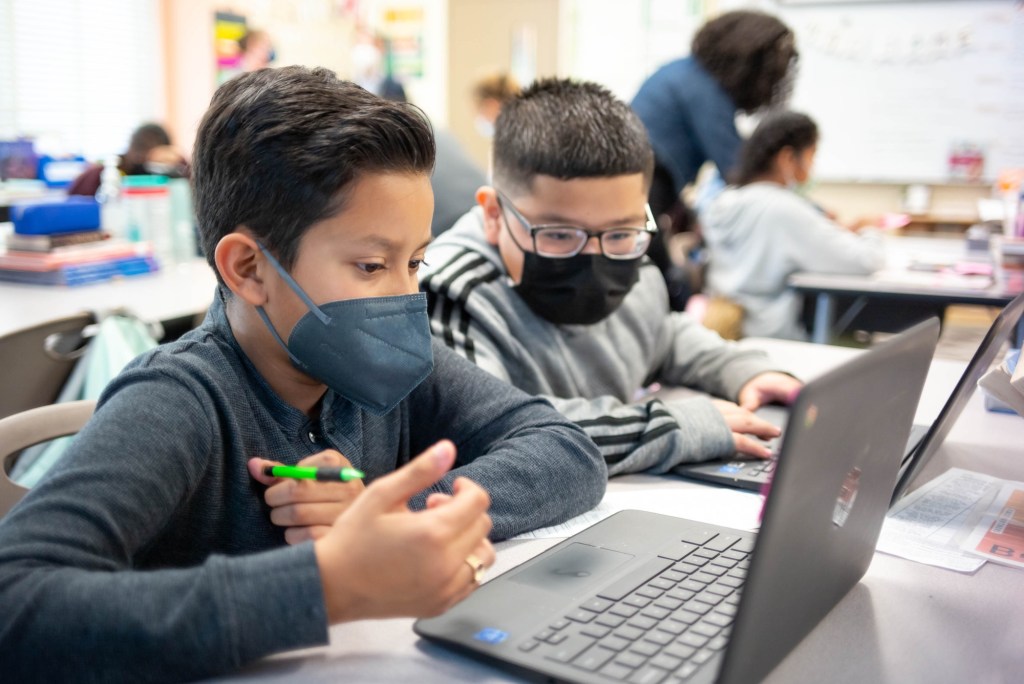 The Los Angeles County Department of Public Health has hired an attorney and is trying to get a group of parents fired before they have a chance to enter the discovery phase, the legal process that allows attorneys to demand documents and sworn depositions.

The lawsuit was filed July 26 by attorney Julie Hamill on behalf of the Alliance for Los Angeles County Parents. It aims to stop the county’s public health department from reimposing a mask mandate that would require children to wear masks at school, saying masks are not a harmless precautionary measure but are harmful to children.

“The petitioning members have suffered greatly from previous health orders issued by the DPH, which required children aged two and over to wear masks in school, child care and in youth sports, among others for more than two years,” the lawsuit states. “The petitioning members suffered from speech delays, developmental delays, social isolation, depression, anxiety, learning loss, skin rashes, heat-related illnesses, migraines and those who could not tolerate masks were expelled from their schools and social communities.”

The county previously defeated restaurant owners who sued COVID restrictions, but officials may be more concerned about Hamill’s lawsuit. After initially blocking it by refusing to accept service of documents – Hamill eventually threatened to monitor director Barbara Ferrer’s home and serve her there – County has now hired a high-powered law firm to defend themselves against the group of parents. Sheppard Mullin’s website says it has “approximately 1,000 lawyers working in 16 offices around the world,” including London, New York, Brussels, Shanghai, Seoul and Washington, DC.

In a letter dated Aug. 25, Raygor asked Hamill to “meet and discuss” the county’s intention to file a motion to dismiss the case. The letter says that because Ferrer decided in late July not to impose an indoor mask mandate, the lawsuit to stop the mandate is moot.

Hamill responded that the U.S. Supreme Court rejected a similar argument advanced by New York State in Roman Catholic Diocese of Brooklyn v. Cuomo. This case involved New York’s attendance limits for worship services in areas designated as “red” or “orange” to indicate the prevalence of COVID-19. Then-Governor. Andrew Cuomo argued the case was moot because the areas had turned “yellow”, meaning lighter restrictions than when the lawsuit was filed.

A divided Supreme Court sided with places of worship. “It is clear that this matter is not moot,” the unsigned notice concluded, noting that “the petitioners remain under constant threat that the area in question will be reclassified as red or orange.”

The constant threat continues in Los Angeles County. On July 28, Ferrer used the word “pause” to describe what she decided to do about a universal indoor mask mandate.

Hamill offered the county a proposed settlement. “Our goal is not financial,” she wrote, “it is only to end the harm done to children by the defendants’ policies.” Hamill is asking the county to “reverse all child mask requirements,” including rules that require children to wear masks for 10 days whenever another child in the class tests positive for COVID. She also asks for a “promise to refrain from re-enforcing these harmful mandates,” or alternatively, “a public harms/benefit analysis regarding all COVID policies that uses” data that accurately reflects the number of hospitalized and deceased patients at cause of COVID instead of with COVID.”

If the lawsuit goes ahead, the discovery process will likely provide the parent group with that data, and more. A paper published in the journal Nature in February reports that commonly used face masks contain titanium dioxide, a chemical on California’s Proposition 65 list for a cancer risk if particles are inhaled. “Further toxicity and epidemiology research is needed to assess the risk of vulnerable populations, especially children,” the authors concluded.

No reason to worry. The county has a lawyer who specializes in “reputation management”.