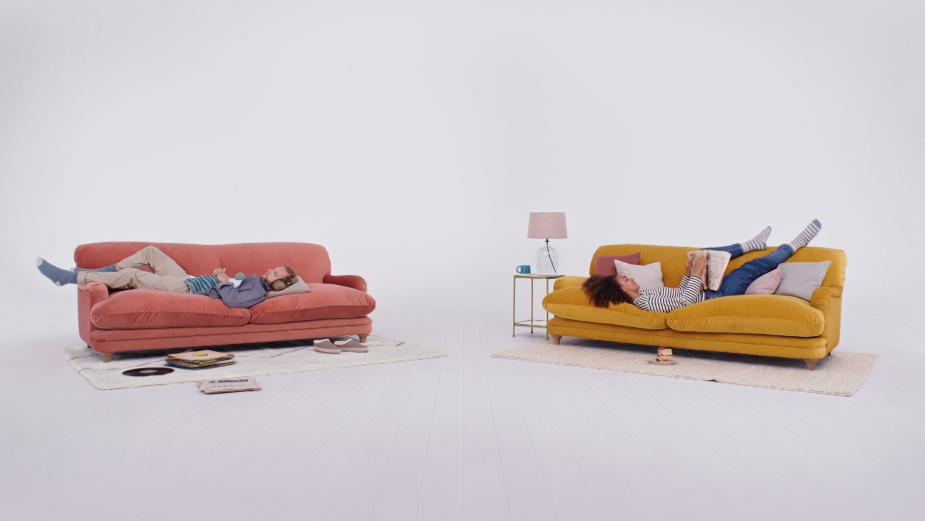 The campaign, created by independent creative agency isobel, features the line: LOAF LIKE YOU MEAN IT.

The campaign also includes a range of static and digital OOH and press ads, showing people in their ultimate lounging positions, celebrating the joy and art of lounging.

This is Isobel’s first campaign for Loaf, following a competitive pitch earlier in the year.

Commenting on the campaign, Charlie Marshall, Founder and CEO of Loaf, said, “We are really excited about this new campaign. We all want to embrace the slower side of life, and in “Bread As You Mean It”, we feel like we’ve taken our ambition to celebrate the slower life to a whole new level.

Ben Stump, creative director at isobel, says: “Loaf understands the importance of downtime and the human need for bread. That’s why they make the softest, fluffiest canapes for you to “lick” at an almost Olympic level.

The work was produced by isobel Productions, in partnership with the CRXSS. The television commercial was directed by Rob Fletcher and Ben Stump of Isobel, and the photographer was Kelvin Murray. Media was planned and purchased by Goodstuff.

Commenting on the win on the pitch, Jamie Williams, Managing Partner at isobel, comments: “We were already big fans of Loaf products and the Loaf brand, so we were delighted to have been hired by Loaf earlier this year. We started with this campaign and we hope this is the start of a great relationship.

Ask These 5 Questions Before Blaming Your Business Failures on Marketing