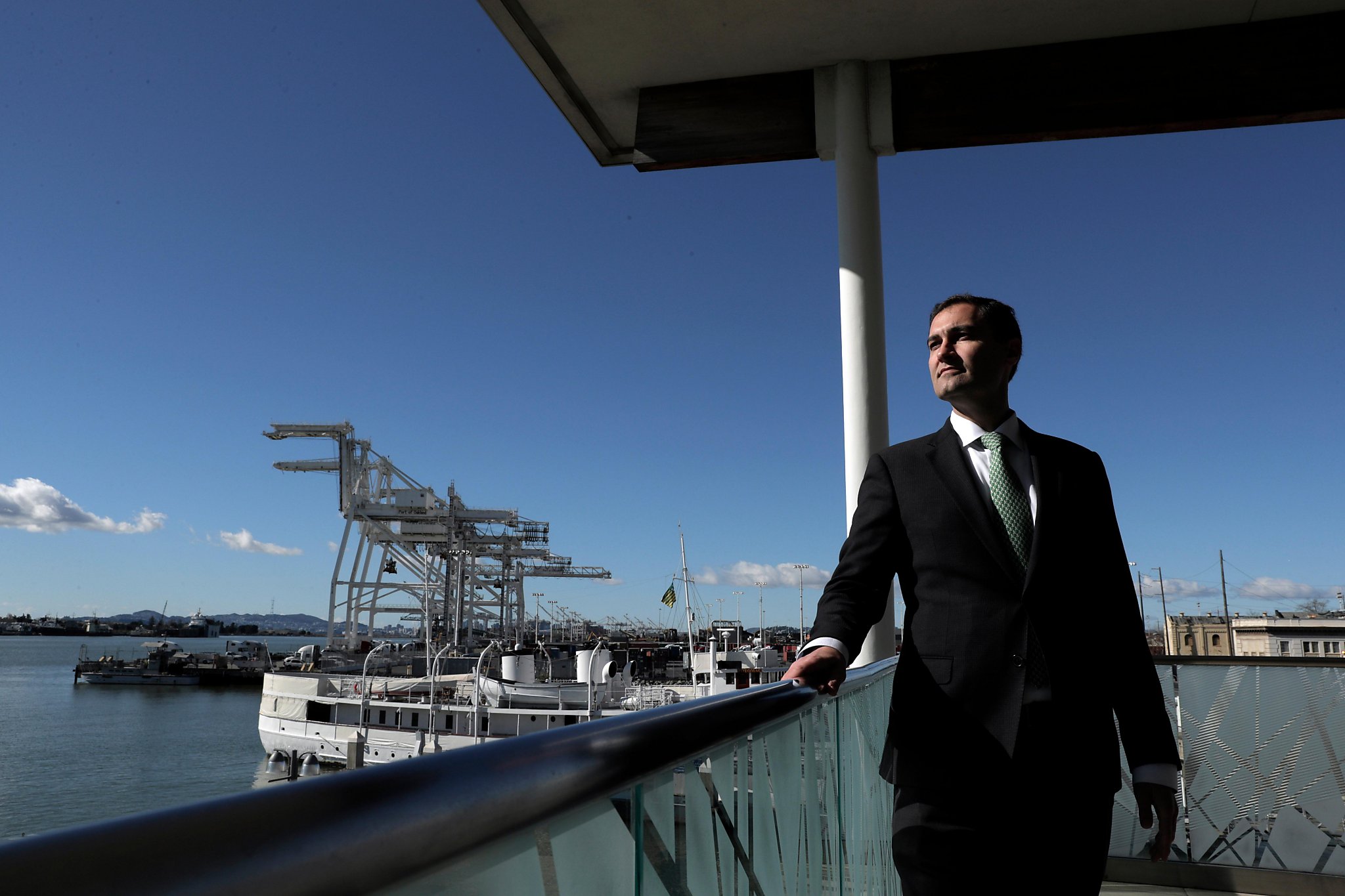 I love A’s and Oakland, but if I have to choose, I choose the city

I’m not sure who consults A’s president Dave Kaval on public relations, but that person should probably be out of work. And if those goofy phrases are his own concoction, well, that’s about all you need to know.

A rich baseball history in a 53-year-old town? Compared to a few days’ visit to a place that has never been tested as a major baseball market? Oakland and Las Vegas are on “parallel paths?” If Kaval was actively trying to insult Oakland, he couldn’t do a better job.

I love the A’s. It was my first crush on personal sport, which was not inherited from my father. White shoes, mustaches, World Series rings – that was all I needed, despite my father’s allegiance to the Giants.

I also love Oakland. My mother was from Oakland. My grandmother and aunt lived in Oakland, which meant almost every Sunday of my childhood was spent there.

I think the As’s should actually be rooted in Oakland, not just with a smarmy slogan placed on social media. But if I have to choose between the two, I choose Oakland’s economic health.

Oakland doesn’t need the A’s. At least not the John Fisher and Kaval A’s.

The A’s $ 12 billion proposal for a new base community – a plan that Kaval says is the only option, that there is no plan B – is sheer madness. The 30-page terms sheet is so full of bells and whistles, buzzwords and jargon, rainbows and unicorns, it feels like a trip to a downtown apothecary. Oakland. Four pages devoted to the Art Master Plan but only one page – the last page – devoted to the financial plan, including the bill to Oakland for $ 855 million in tax revenue.

Kaval awkwardly tries to apply the thumbscrews. City council is due to vote on the plan on July 20, leaving it less than three months to analyze one of the most complex real estate deals ever in the Bay Area. City police? Pandemic recovery? All are supposed to take a step back for the local leaders, as the A’s head to Vegas, watch some hockey games (“Wow!” Kaval tweets) and try to field more contenders in yet another round of team owners. thinking, “This team belongs to us, not you.

Rooted in Oakland! But only for the price of $ 12 billion. Only for a plan that would eventually turn the tenth largest working port in the country into a labyrinth of retail spaces, shops, hotels, residences, indoor theaters, public spaces, art projects and – oh yes – a 35,000 seat stadium.

Which operational city would trade the economic benefits of a working port (estimated at 84,000 jobs and $ 698 million per year in revenue) for a rough stage? Not a lot. And while Kaval insists that the port and this monstrous plan can coexist, the specter raised in colleague Scott Ostler’s excellent reporting of years of construction disruption and the slow flight of activity to competing ports like Los Angeles, Long Beach, and Seattle seem a much more likely scenario.

Kaval is the barker of the A’s carnival, shouting a sales pitch that doesn’t seem to be grounded in reality. He calls the Oakland Coliseum site untenable, showing a surprising lack of imagination for 243 acres of premier Bay Area real estate with easy freeway and BART access.

For years, the As’s have felt like second-class citizens in their own home, overshadowed by the Raiders and Warriors. Now they have their place for themselves and don’t want it anymore. Anyone who cannot imagine a transformation of this tabula rasa is not trying very hard.

Kaval says the Raiders and Warriors departures show the location is not viable for 21st century sports, which is revisionist history at its most absurd. The Raiders wanted the public to build a new stadium for them. Period. End of the story. The warriors of the 21st century? They just won three NBA titles in Oracle Arena and left because their owner wanted to be in San Francisco and wanted a concert hall. Neither departure had to do with the viability of the site.

Kaval says successful stadiums have been built in inner city areas and cited Oracle Park and Camden Yards. He conveniently didn’t mention Progressive Field in Cleveland or Comerica Park in Detroit, which weren’t very successful. Almost 30 years after Camden Yards opened, there is still debate in Baltimore about the economic impact and vibrancy of the region.

Kaval dismissed the new stadium in Arlington, saying “in Texas people drive and travel further,” ignoring how many A fans travel by car or BART, and how many are from places like the Central Valley. When the Giants were building their baseball stadium on the southern outskirts of the city, no one saw their location as “an urban downtown”.

Kaval and Fisher want to turn what should be an intimate stadium into a massive real estate transaction. But they are not developers. Why would anyone believe the plan and the projections they offer? These are the same people who just three years ago said they were building a baseball stadium at Laney College. Oops – Laney College wasn’t really open to the idea. I would feel a lot better about the plan if Lew Wolff, a true real estate developer, was involved. But Fisher, who continues to see his baseball assets swell despite his management of the team, bought Wolff in 2016.

Does Oakland want to lose another sports team? Of course not. But the city has learned some hard lessons from its dealings with the Raiders and Warriors. It is much better to lose a team than to trap the public in another terrible financial deal for the sake of a sports franchise.

It’s not the same insecure Oakland of 30 years ago that desperately bowed down to Al Davis. Oakland has its own identity. He doesn’t need a baseball team for his self-esteem.

And he doesn’t need to be insulted by being put on a “parallel path” with Las Vegas.

WIN TV (www.wintv.network) goes viral! Announces an advertising campaign for “KICK SUGAR” out of our lives and our food