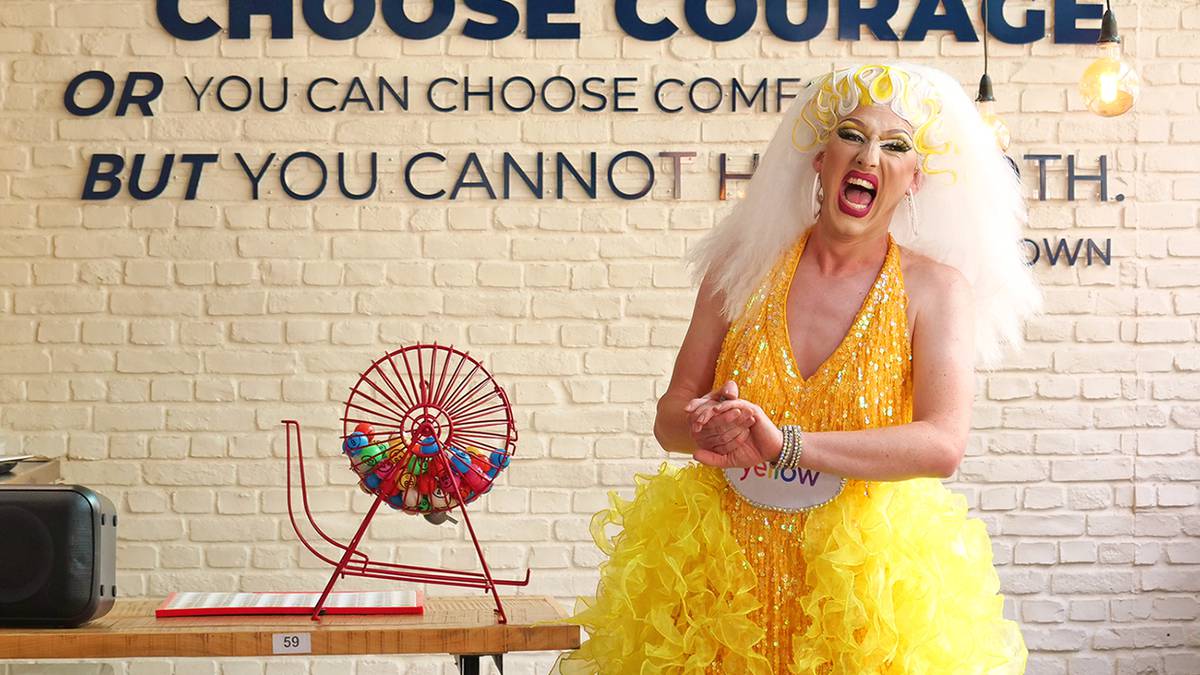 How Yellow stopped Covid from being a drag

The drag queen cabaret faced danger – and what happened next.

In the dark days immediately following the onslaught of Covid-19, Phoenix Cabaret was slipping dangerously into the red – and co-owner Anita Wigl’it knew she had to give Yellow the green light.

It’s Yellow, like the old directory services company now turned into a multi-channel marketing agency. Anita knows all about transformation; after all, alter-ego Nick Kennedy-Hall regularly transforms into Anita Wigl’it as part of the much-loved drag queen acts that headline the show in Phoenix and sister company Caluzzi at Karangahape Road in Auckland. .

Anita’s fame spread widely. she was an early contestant on the popular Ru Paul’s Drag Race Down Under and was nominated for New Zealand TV Personality of the Year in 2021.

But try as they might – ahem – stir it up, Anita and co-owners Kita Mean and Zarlene Morgan have seen business ebb in Phoenix.

“Caluzzi is a cabaret, more of a restaurant actually,” Anita says, “and it held up. Phoenix is ​​a drag queen dinner theater with a buffet dinner, and after Covid arrived, we had real problems because it was a catered buffet, so of course there were all sorts of difficulties.

“It was really difficult. It wasn’t just that the show couldn’t go on – Phoenix is ​​also rented out as an event venue and that wasn’t happening either. We had to consider cutting staff, but that Wasn’t the answer, either – people are what Phoenix is.

“We just didn’t know if we were going to get through this one.”

Fortunately, Anita had known the people of Yellow for about three years. They had gotten involved during Pride Week, Anita had been a star at the company’s Christmas party, and they had sponsored a cash prize for the winner of Drag Wars, a contest for amateur or up-and-coming drag queens.

“They basically sat us down and talked to start,” says Anita. “They were thinking strategy – and they came up with a plan to make Phoenix popular again. Google ads and search engine optimization were a big part of that.

“I knew it was working when I Googled Phoenix and we ended up near or at the top of the search results. They also put a tracker on our website and within two months the visits to the site Web had increased by 92%.

“I knew what they were doing for us was working because bookings started to increase as well – and a big part of what they do is give us all kinds of regular data to help us run the business. “

Anita says Phoenix isn’t out of the woods yet: “It’s a bit of a weird time. Yeah, people wanted to go out again after we got out of the Red Covid tier but now it’s winter and people are not sure about things.

“Covid is still here, there’s inflation, cost of living, all that stuff. But at least we have a good strategy that we’re employing and will be using as Christmas approaches. I don’t want to think what might have happened if we hadn’t been to Yellow.”

Kelly Duncan, head of brand and partnerships at Yellow, says the Phoenix Cabaret case study not only demonstrates Yellow’s newfound ability to sing and dance as a marketing agency specializing in digital, print and other forms of innovation, but also a “people first” approach.

The old yellow is long gone and the digital boost given to Phoenix is ​​indeed helping the company rise from what could have been ashes. Yellow also focuses on SMEs (small and medium enterprises) which are the engines of our economy; 97% of all New Zealand businesses have 20 or fewer employees and these 480,000 SMEs employ around a third of all Kiwis and account for around 29% of our GDP.

They are also among the hardest hit by the Covid-19 crisis and Duncan says: “We all want to bring real results to small businesses, with the right mix of marketing to meet unique needs, goals and insights.

“It could be a business idea that someone stumbled upon in the kitchen or accidentally solving a problem or finding a better way to do it – when someone has the idea, but doesn’t know where to start. Or, as with Phoenix, it can help an existing business recover and thrive. Kiwi ingenuity is unique, found in every corner of the country, and we want to see every business idea take flight. “

But at the heart of what they do is a people management strategy: “We have a hugely diverse team of people, so it’s more important than ever to make sure we have a connected and inclusive workplace where our employees feel a sense of belonging and feel good that they can fully contribute to yellow culture and our transformation.

“It means expressing an opinion or an idea, suggesting a new solution or disagreeing with a proposal. We know from our learning about unconscious bias that to create an environment where everyone feels psychologically safe to contribute, it must feel a sense of belonging.

“That’s why our people strategy, centered on equity, diversity and inclusion, is so integral to our broader business strategy – as it was with Anita and Phoenix.”