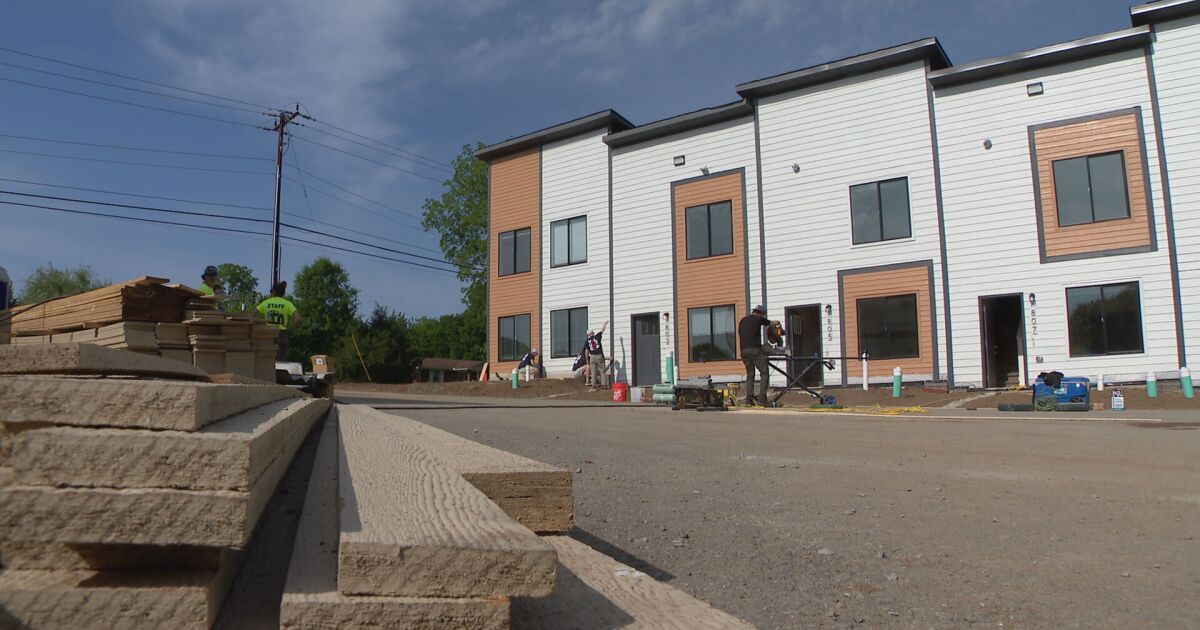 Habitat for Humanity is stepping into the affordable housing arena

NASHVILLE, Tenn. (WTVF) – Habitat for Humanity of Greater Nashville helps people who want to own a home in Music City.

Sherwood Commons off Ewing Drive is the nonprofit’s newest Nashville community. It’s their first neighborhood in town that is all townhouses. There are 23 two-bedroom and 3 three-bedroom townhouses.

“Housing affordability in Nashville continues to get tougher, and so all of these homeowners have various reasons why they’re here,” said Sherry Stinson, senior vice president of brand engagement, marketing and public relations at Habitat for Humanity of Greater Nashville.

Habitat for Humanity does not give away homes for free, however, homeowners get a 0% interest rate mortgage.

Some of the future owners of the North Nashville townhouses, including longtime tenants, were on site Sunday, putting in some of their required 100 hours of labor.

“Well, I’ve been in Nashville for 15 years. It’s all about affordable housing, which isn’t very available anymore, so I was very lucky to be in this program,” David Lepard said.

Lepard has moved six times since living in Nashville.

“Every year I’ve had to move because the rent keeps going up, so I think my rent has gone up to double what it was,” Lepard said.

Some members of the Metro Council built alongside Lepard and the other future owners.

The mayor wants more money to go into the city’s housing trust fund and also wants to create a dedicated revenue stream for affordable housing.

“We’re trying to create as many tools as possible to enable as many different players as possible to build homes that are priced at less than a third of a person’s income,” said Burkley Allen, board member of Metro. At-Great.

A row of townhouses will be dedicated on Tuesday May 17 and owners will be able to move in shortly thereafter.

You can visit Habitat for Humanity of Greater Nashville apply to become the owner of a future home.

5 legaltech startups that are leveraging technology to enable speedy justice