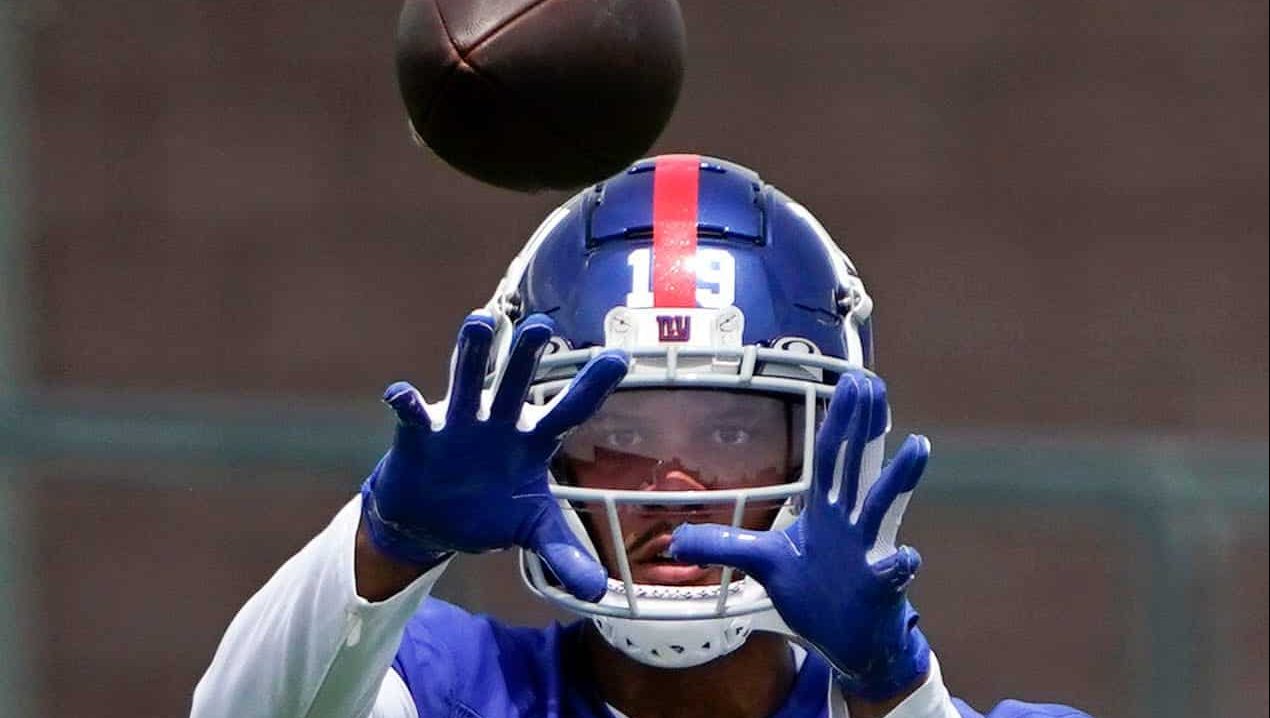 
Giants wide receiver Kenny Golladay finds himself embroiled in a lawsuit between his former and current agents.

A federal judge has ordered Giants wide receiver Kenny Golladay to submit a response explaining why he should not be charged with contempt of court by July 22.

The order stems from the fact that Golladay ignored a deposition in December 2020 for a lawsuit filed by his former agent, Jason Bernstein of Clarity Sports, against his current agent, Todd France of CAA.

The lawsuit alleges that Golladay was involved in an autograph signing that was set up by outside marketing companies who attempted, at the time, to get him to a new agency.

Just In: Giants WR Kenny Golladay ordered by a federal judge to justify why he should not be charged with contempt of court and face penalties.

Golladay has until July 22, 2021 to submit a written response to his breach. pic.twitter.com/u8ueXAdH8i

Lawyers apparently waited over an hour for Golladay to attend the virtual deposition and the receiver ignored follow-up emails from the plaintiff’s lawyer. Tony paul of Detroit News reported on this in December.

That was before Golladay signed a four-year, $ 72 million deal with the Giants in March.

A subpoena was served on Golladay at the Lions training center in November 2020 while he was still a member of that team.

While Golladay must submit his response to potentially avoid contempt of court and accompanying penalties by July 22, the Giants’ training camp will begin five days later. This story and situation will continue to develop over the next few weeks as the aforementioned court-ordered date approaches.

The Perils of Public Relations | The Economist