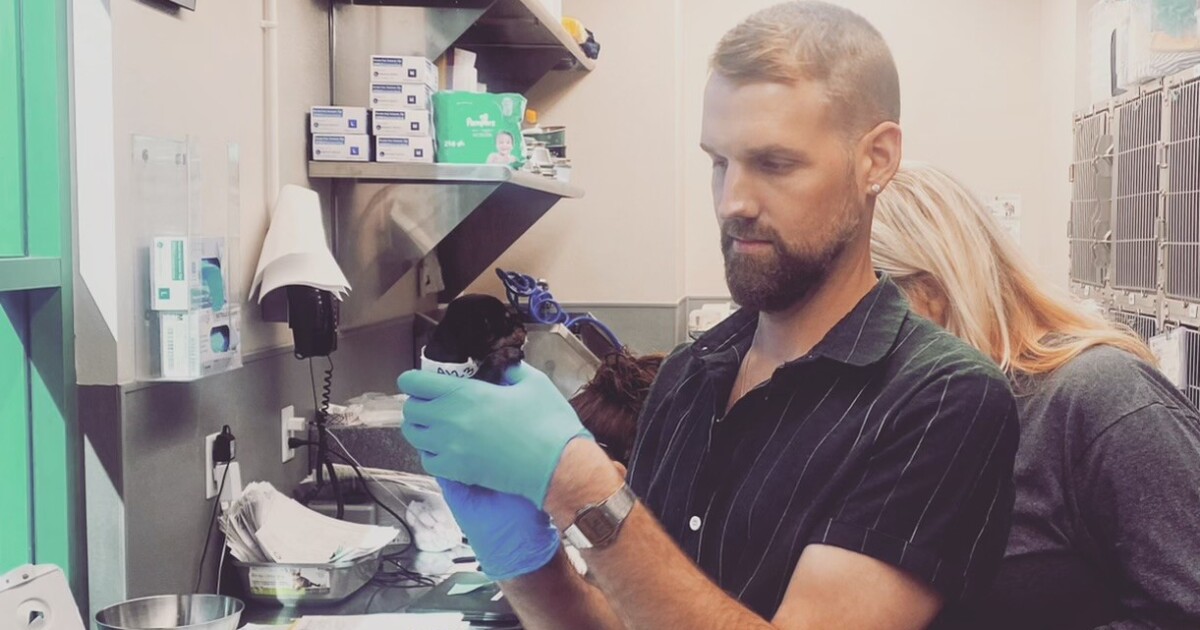 LAS VEGAS (KTNV) — Inexperienced management, too many animals and too few staff.

A former shelter manager says it all contributed to an escalating crisis at The Animal Foundation.

When he tried to go public with the issues, he says he was fired.

He tells his story exclusively to 13 investigators.

The Animal Foundation is the largest open-admission shelter in the country.

As 13 Investigates reported, it was already in crisis when Hilarie Gray took over as CEO in late January. She was hired despite having no previous experience as a shelter operator.

Aside from a brief stint as a volunteer board member of the Nevada SPCA, his background, like almost all The Animal Foundation board members, is in marketing and public relations, not animal welfare.

As we continue to report on systemic issues within The Animal Foundation, we learn more about what it takes to run an animal shelter, and it’s not easy.

It’s a dirty job, tiring and moving for the staff, and stressful for the animals.

When The Animal Foundation made contracts to house animals for three local jurisdictions, critics say they bit off more than they could chew.

“They are marketing people! They are not specialists in shelter medicine! These are public relations (PR) people! said Gina Greisen of Nevada Voters for Animals.

She and many others believe the focus on public image over good management has been the downfall of the shelter.

“Currently what’s being done is a marketing and public relations campaign,” said former Animal Foundation chief operating officer James Pumphrey. “And I believe we are lying to our community and our elected officials.”

James Pumphrey had this experience.

After conducting an independent assessment of the shelter in December at the request of The Animal Foundation, Pumphrey was asked to leave Reno and his job at the Duffield Foundation to join the shelter’s management team.

“I was hesitant to take the job,” Pumphrey said, but eager to help and hoping his shelter experience would make a difference on a higher level.

“I was promised that the shelter assessment would be implemented, but as soon as I arrived, a few weeks later, I was told – or pressured – to change the assessment that I I had finished.”

Changes that he says would have whitewashed the issues, painting a less than truthful picture for donors and elected officials who oversee Foundation contracts.

“And when I refused to do that, I had the nauseating feeling that the ethics I lived my career with were in conflict,” Pumphrey said. “I wanted to make the changes but I was being asked to present ‘progress, not problems’.”

He says he was asked to falsify facility capacity figures to make it look like The Animal Foundation had things under control.

James Pumphrey: “They would. That and what changes needed to be made at the jurisdictional level. They wanted to present a view that everything was fine and that we were going to rise to the challenge. And we knew that wasn’t going to happen .”

We have repeatedly asked the shelter’s management and key board members to comment on Pumphrey’s allegations. They didn’t answer.

Pumphrey says: “They should lead the approach, hey, we have too many animals in our facility that we can’t properly care for.”

Despite the dispute, Pumphrey says he persevered, advocating for better paid and more experienced staff, especially in the veterinary service.

“I encountered animals that hadn’t even been checked for three to four days. Two in particular shocked me. Two dogs had broken pelvises and they hadn’t received any checks or pain management since. more than three days. This was unacceptable. And I raised these concerns directly with the CEO and received no assistance or participation in this.”

In July, Pumphrey took it upon himself to write a progress report on the December assessment.

Darcy Spears: They weren’t asking you for this document, but you thought it was important for them to see it in black and white?

Internal emails confirm that he delivered the report to CEO Hilarie Gray and Chairman Kevin Murakami. Neither responded to repeated requests for comment from 13 investigators.

Pumphrey says he is aware of this, and when he asked to meet with Gray about the report, he says he got “no response.”

Darcy Spears: “What Happened When You Brought It To The Chairman Of The Board’s Attention?”

James Pumphrey: “Two days later I was fired. I think it was because the message I was sending internally was different from the message they wanted to send externally.”

Darcy Spears: “And that’s just sticking your head in the sand.”

James Pumphrey: “It was. And that’s why they are where they are today.”

After The Animal Foundation fired Pumphrey, they lost another valuable asset.

Dr. Kate Hurley and her team at the University of California, Davis — some of the nation’s top shelter medicine experts — had consulted with and advised The Animal Foundation.

Dr Hurley said they severed ties with the Las Vegas shelter after Pumphrey was fired because he was the only one they trusted to be their eyes and ears on the pitch, and the remaining leaders n had no shelter experience.

Darcy Spears: “Do you think the current management is capable of admitting these issues and taking the necessary steps to keep animals and staff healthy and safe?”

James Pumphrey: “I don’t know if they are capable. I know they won’t. And I think the animals – and our community – are paying the price.”

For a previous report, when we asked about Pumphrey’s firing, shelter management said they couldn’t comment on staffing issues.

The Las Vegas City Council is scheduled to discuss The Animal Foundation on Wednesday, October 19 during the regular council meeting that begins at 9:00 a.m.

Anyone wishing to participate will be allowed to speak during the public comments.

According to the agenda, Las Vegas Animal Control will present information about its practices involving the animal shelter, and the city attorney’s office will discuss the contract.