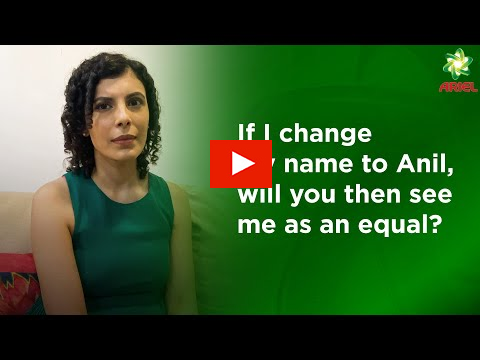 Anu Menon, the comedian known by her screen name Lola Kutty, has taken to social media to highlight gender inequality at home. To support the recently launched Ariel STL movement, Anu’s video shows her changing her name to Anil, her husband’s best friend, to prove a very important point. Known for breaking stereotypes and answering relevant questions about the society we live in with her innate sense of humor, Anu has drawn attention to gender inequality in the sharing of household chores through the video qu she posted on her social media after seeing the laundry detergent brand Ariel’s #ShareTheLoad #See Equal film which touched her deeply.

Anu Menon’s name change is a satirical take on today’s reality where men take pride in sharing household chores with other men, whether roommates or hostel mates , but are reluctant to assume equal responsibilities at home with their wives.

“Ariel’s recent film #SeeEqual to #ShareTheLoad really got me thinking about the disparity in the distribution of household chores. The question it raised stuck with me – if men can share chores with their friends, roommates, brothers… so why not with their wives? Obviously, unconscious bias stemming from stereotypical gender roles gets in the way. So in my own way, I want to fuel more conversations around this. What if changing my name to the name of my husband’s best friend can catch the attention of men and has the potential to bring about change, so why not?” says Anu Menon.a