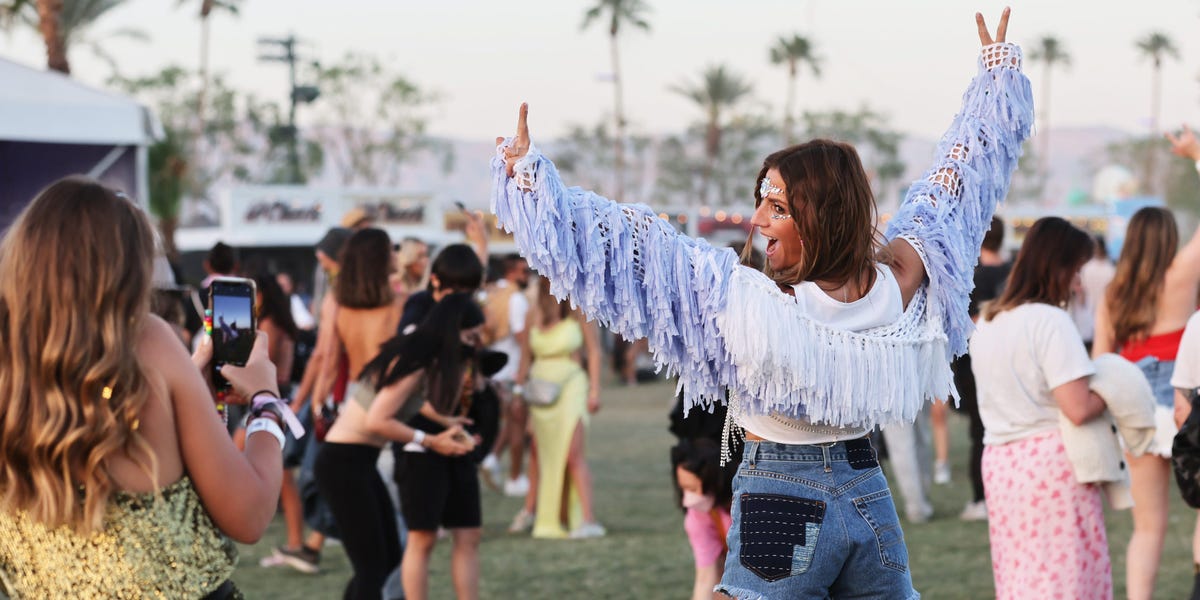 Some spend so much time there creating content that they don’t see any of the groups, she said.

Coachella, widely considered the most starry and stylish festival, returned in 2022 after a two-year pandemic hiatus. It takes place from April 15 to 24 in the Californian desert.

In addition to big names on the scene – the 2022 lineup includes Harry Styles, Billie Eilish and Megan Thee Stallion – personalities in attendance include Leonardo DiCaprio, Vanessa Hudgens and “Riverdale” stars.

Coachella is also big business for influencers, with content creators competing for invitations to collaborate with brands.

“Everyone is out there and wants to make a deal and wants to be with the best brands, and brands want as many influencers as possible to be part of their ‘activations’…so they will actively recruit influencers,” Mae Karwowski, CEO of

The festival is “such a big business opportunity for brands and influencers – it’s gotten so huge now and is being watched all over the world,” Ebony-Renee Baker, Refinery29’s fashion editor, told The Guardian.

Some influencers spend all day filming, editing and posting content

Dutch influencer Rianne Meijer has 1.5 million Instagram followers and has documented her trip to the festival, posting paid promotions with brands like Levi’s and BMW.

Some influencers are offered all-expenses-paid trips, others pay their own way and seek branded deals to cover their costs.

Wellness influencer and actress Noel Elie, who has 102,000 followers, told the Post she was attending the festival as a guest of a fashion brand that pays $2,500 for three stories and a reel , as well as free clothes.

Los Angeles-based Ghafarinia has 186,000 Instagram followers and is attending Coachella for the fourth time — but she’s never seen a performance, she told the Post.

While many festival-goers party into the early hours and sleep late, Ghafarinia gets up at 7 a.m. to get ready before spending the day attending “brand activations” and parties, filming content such as makeup tutorials, editing her shots, sending it to brands for approval, and finally posting on social media.

“There is so much work,” she said.

Ghafarinia charges $2,000 for a photo and $3,500 for an Instagram reel, but brands often expect stories and event attendance as well, she said.

Those with bigger subscribers can charge even more.

Tesla will no longer include Mobile Connectors with every car