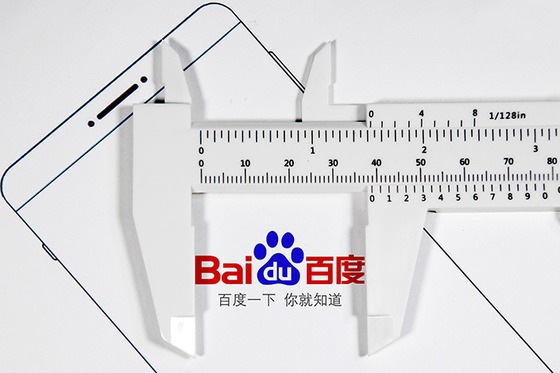 A Shanghai court has ruled it illegal to bury negative search engine results, in a ruling that could have implications for reputation management companies and search engine optimization services ( SEO).

The facts of the case were released by the court on Tuesday. A public relations company sued an IT company for failing to honor a contract to remove negative search results for a brand it represented. But the judge used the case to launch an attack on the practice, citing China’s anti-competitive crackdown.

Neither party was named in a brief posted by the court (link in Chinese). In China, the parties are publicly identified at the discretion of the judge.

The disputed contract, signed in November to help improve the brand’s search rankings on Baidu and the Quora Zhihu-style question-and-answer platform, included a fee of 67,300 yuan ($ 10,400) for the services. . But one of its clauses was that the IT company “would ensure that there was no obvious negative (branding) content on the first five pages of Baidu for a period of 30 days.”

There are a number of techniques available to experts to push unwanted links down in search results – and out of sight of a typical search engine user. Many PR companies offer this service, known as “negative suppression,” as a way to control negative feelings online about people and the brands they represent.

In that case, the computer company used three main methods to play with the search engine, the court said, including: posting positive content and artificially increasing its number of views to promote rankings and stifle negative content; link to critical content from other downgraded content so that the search engine aggregates and ranks them all lower; and file complaints against platforms that posted negative content.

The PR company sued the IT company for breach of contract because it only performed part of the negative removal service for certain keywords. But according to the legal brief, Judge Wang used the case to launch an attack on the practice.

“With the exception of filing complaints against platforms hosting negative content, the other two methods involved in the negative deletion clause are basically covering up negative reviews and promoting positive reviews, which are very different from other methods of negative review. legal SEO such as keywords. optimization and advertising auctions in terms of purpose and use, ”he said.

The court declared the clause invalid and ordered the IT company to reimburse 30,500 yuan out of the 48,500 that the plaintiff had already paid, but said it could keep the remaining 18,000 yuan that had been spent on services. legal.

Quoting Chinese President Xi Jinping’s directive on strengthening rules against monopolies and unfair competition to a high-level meeting on August 30, the judge said that the illegal referencing methods violated the legal principle of good faith and the spirit of the Consumer Rights Protection Act and the Unfair Competition Act.

The illegal use of negative deletion tactics affects user choices through deceptive methods, hinders the normal flow of positive and negative information on the Internet, and harms the rights and interests of other operators, directly or indirectly, the report said. Judge Wang.

“This is essentially a new form of unfair competition behavior online,” he added.

The decision has exemplary and guiding significance for similar cases as well as for the regulation of online behavior and the creation of a clean internet space, the court said.

“This is a judgment on an individual case by the court and cannot be directly used as the basis for law enforcement or judicial judgment,” said Yuan Lizhi, partner at Jingtian & Gongcheng based at Beijing.

But Yuan noted that while the ruling does not set a binding precedent, it may be factored into the judgment on other similar cases.

“The legal value of the decision and the interpretation of the applicable regulations are a significant reference, and if the case is selected as a typical case (典型 案例) or as a leading case (指导 性 案例) by the Supreme People’s Court, it will be have a greater influence on judgments in similar cases, ”he said.

Yuan, who is also an expert on cybersecurity and data privacy laws, said negative deletion is quite common in the internet space, but noted that it is rare to have its legality tried in court.

“It’s not binding, that’s for sure,” said Nicolas Bahmanyar, technical and data compliance consultant at law firm LEAF. “Any other court of the same or higher level may have a different opinion. ”

“This is a low level court, and China is not a common law system, so we cannot say for sure that this decision will be taken as case law. In fact, it might be forgotten – if the court has a bad SEO for example, ”he said.

But Bahmanyar said the case raised new questions for PR firms and celebrity agents about how to obey the law as China clamps down on anti-competitive practices online. “Basically this is SEO testing… This case is more exploratory, but I won’t be surprised if it escalates.”

A legal expert, who asked not to be named, said that while the practice is widespread, it is often carefully excluded from such contracts.

Beijing has stepped up efforts to tackle anti-competitive practices by the country’s leading internet companies, starting with the country’s main market regulator publish regulations in November last year to prevent internet platforms from abusing their dominant position to undermine competition in the market.

After slapping Alibaba with a record fine of $ 2.8 billion in April, the State Administration of Market Regulation, as well as cyberspace and tax regulators, summoned 34 tech companies and warned them of a “severe penalty” if they continue to break antitrust rules after a one-month grace period.

Search engine providers like Baidu have previously been criticized for interfering with the ranking of search results, especially in the case of a cancer patient who died in 2016 after receiving treatment found through a Baidu search.

The Chinese Cyberspace Administration said in a statement at the time that Baidu’s search algorithm, which was allegedly influenced by promotions, influenced the patient’s medical choices and “affected the fairness and objectivity of patients. search results”.

To download our app for getting late-breaking alerts and reading news on the go.

To have our free weekly newsletter must read.

You have accessed an article available only to subscribers

This Week in DeFi – September 24

Find your dream job in marketing at MarineMax!