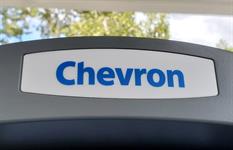 “The company has a talented communications team and a world-class public affairs operation. My job is to make sure we focus on the right issues, at the right time and in the right way,” McCormack said via email.

McCormack is MD at TrailRunner International. No agency representative could be reached to comment on his replacement.

Before TrailRunner, McCormack worked at Boeing for nearly a decade, most recently as Vice President of Communications. Earlier in his career, McCormack held several positions in the U.S. government, including Assistant Secretary for Public Affairs and State Department SpokespersonSpokesman for the National Security Council and Deputy White House Press Secretary during the administration of former President George W. Bush.

Chevron reported second-quarter profit of $11.6 billion, up from $3.1 billion in the same period last year. The energy company’s revenue was $68.8 billion, compared to $37.6 billion in the second quarter of 2021.

Already registered with us?

Sign up now to enjoy more free articles and e-newsletters