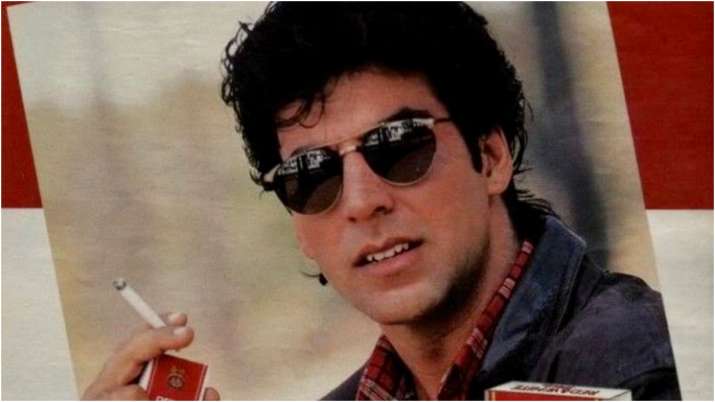 Superstar Akshay Kumar has faced internet ire for appearing in an ad campaign for a brand of paan masala. The actor has come under fire from social media users who unearthed an old video of the actor in which he pledged never to promote tobacco. He apologized for the same by announcing his withdrawal from the association and stating that he did not and will not endorse tobacco. But the troubles don’t seem to stop for him. Now, netizens have found an old advertisement by the 54-year-old actor where he is seen promoting a brand of cigarettes.

Photos of him posing with a cigarette in hand have gone viral on social media. Looked:

took to Twitter and posted a note that began with him writing, “I’m sorry,” as many of the star’s fans had expressed their displeasure with his decision.

Kumar said he had decided to “take a step back” from the brand and would now donate his entire fee to a “worthy cause”.

The actor took to his social media to apologize in a lengthy note. He wrote, “I’m sorry. I would like to apologize to you, all my fans and supporters. Your reaction over the past few days has affected me deeply.”

Continuing his note further, Akshay wrote that he still stood by what he said in that particular video that surfaced on the internet: “While I do not and do not approve of tobacco , I respect the outpouring of your feelings in light of my association with Vimal. Elaichi. In all humility, I step back. I have decided to contribute the entire endorsement fee to a worthy cause.

Kumar said the brand could continue to run the ads until the “legal duration of my contract.”

“But I promise to be extremely careful in my future choices. In return, I will forever continue to ask for your love and wishes,” he added.

Previously, megastar Amitabh Bachchan also pulled out of an ad campaign for a brand of paan masala and said he returned the money he received for its promotion.

5WPR announces the creation of a division specializing in video games

What I Learned… Selling Pest Control Products, with Chris Attewell of Search Laboratory