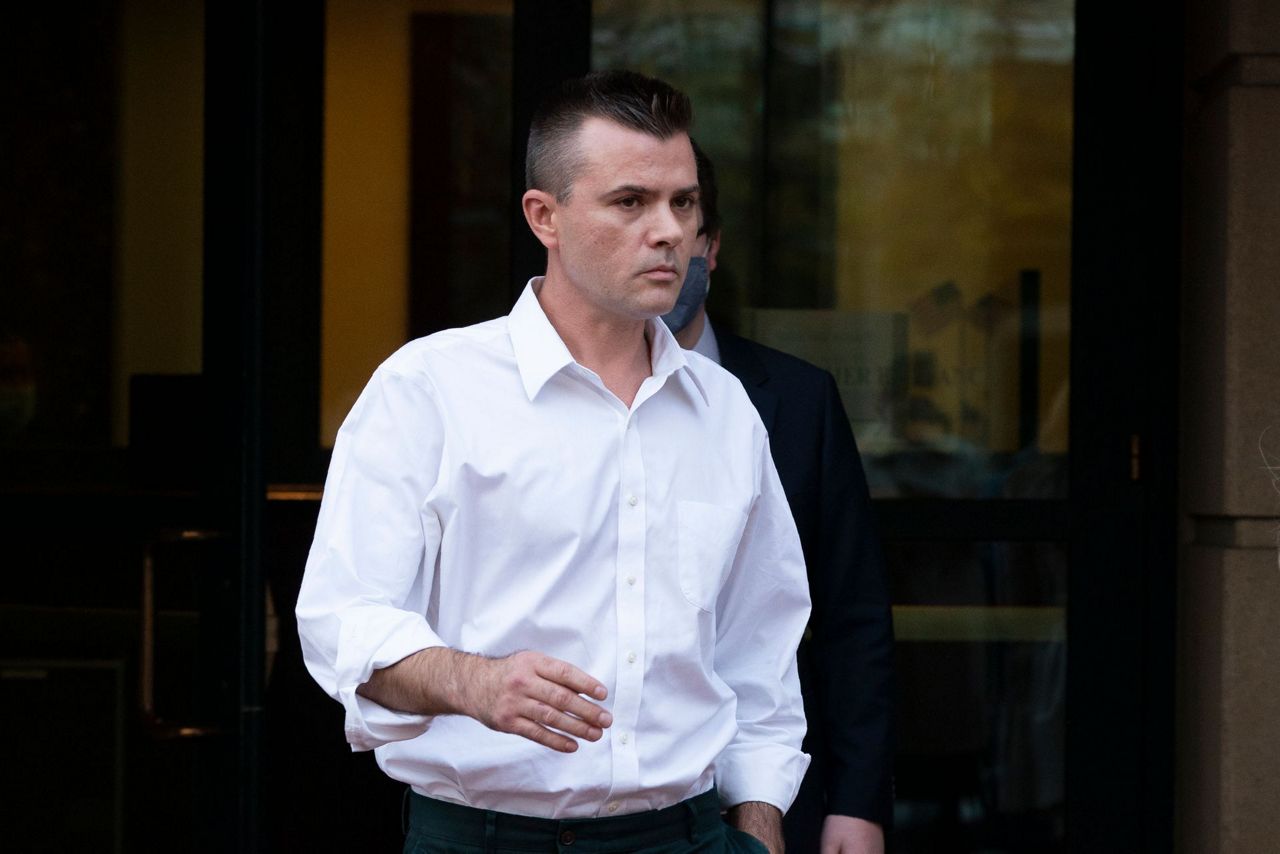 Five years after the term ‘Steele dossier’ entered the political lexicon, a think tank analyst who has contributed to research on Donald Trump and Russia is on trial Tuesday for lying to the FBI about his sources. information.

Igor Danchenko is the third person to be prosecuted by Special Counsel John Durham, who has been appointed to investigate the origins of ‘Crossfire Hurricane’ – the designation given to the FBI’s 2016 investigation into the former’s dealings President Trump with Russia. cases that delve deep into the origins of the dossier that Trump has called fake news and a political witch hunt.

Here is some information on the subject of the case.

WHO IS DANCHENKO AND WHAT IS HE ACCUSED OF?

Danchenko, a Russian analyst, was a source for Christopher Steele, a former British spy paid by Democrats to research Russian ties to presidential candidate Donald Trump.

The compilation of research files, which included salacious rumors and unproven claims, became colloquially known as the “Steele File”. Although the dossier did not help launch the FBI’s investigation into possible coordination between Russia and Trump’s presidential campaign in 2016, the Justice Department relied on it when it asked and received warrants to monitor the communications of a former Trump campaign adviser.

As part of its effort to verify the information in the dossier, the FBI interviewed Danchenko in 2017.

He is accused of lying to agents about his sources of information, with prosecutors accusing Danchenko of misleading the FBI in an effort to make his own contributions more credible.

WHAT ARE PROSECUTORS SAYING?

Prosecutors say Danchenko lied when asked by the FBI how he got the information he provided to Steele. Specifically, they say he denied relying on a Democratic operative, Charles Dolan, a public relations executive who volunteered for Hillary Clinton’s 2016 presidential campaign.

The indictment says the FBI could have better judged the veracity of the Steele dossier had it known that a Democratic agent was the source of much of its information.

WHAT DOES THE DEFENSE SAY?

Danchenko’s lawyers say the charge “is a case of extraordinary government overreach.” They note that Danchenko accepted several voluntary interviews with the FBI throughout 2017. They say his answers to the FBI were all technically true.

For example, an FBI agent asked Danchenko if he had ever “spoken” with Dolan about the information in the file. Although prosecutors have produced evidence that the two men exchanged emails about matters in the case, there is no evidence that they spoke orally about those matters.

“That was a bad question,” Danchenko’s attorney, Stuart Sears, said during a preliminary hearing last month. “That’s the special advocate’s problem. Not that of Mr. Danchenko.”

And although Danchenko said he believed Millian was the voice of the anonymous phone call, he never told the FBI for sure it was Millian. Sears argued that ambiguous statements like this are not enough to convict a misrepresentation charge.

WHAT OTHER CASES HAS DURHAM SUBMITTED?

Durham was serving as a United States Attorney in Connecticut in 2019 when he was asked by then-Attorney General William Barr to look into potential misconduct by government officials who conducted the initial Russia investigation.

But after more than three years, Durham’s work has failed to meet the expectations of Trump supporters who hoped he would uncover sweeping FBI conspiracies to derail the Republican’s candidacy.

The first case involved an FBI attorney, Kevin Clinesmith, accused of altering an email related to the surveillance of former Trump campaign aide Carter Page. It ended with a guilty plea and probation – and involved FBI misconduct already discovered by the Justice Department’s inspector general.

Last year, the Durham team accused a Democratic lawyer of making a false statement to the FBI’s top lawyer during a 2016 meeting where he presented information about an alleged back channel – and finally debunked – between a Russian bank and the Trump Organization. The case against the attorney, Michael Sussmann, ended in a swift acquittal in May.

Durham’s work has continued deep within the Biden administration’s Justice Department, but the Danchenko trial appears to be the last criminal case his team will bring. It’s unclear when Durham might produce a report summarizing its findings.

Copyright 2022 The Associated Press. All rights reserved. This material may not be published, broadcast, rewritten or redistributed without permission.

‘You were only supposed to…not use my picture!’…